I couldn’t resist it.

I’d like to tell you that I tried, that I really tried hard to have some willpower, to do that thing where I did resist it.

But I would be lying if I did.

Because not only did I do absolutely nothing to resist it, but I positively ran into its arms without a second thought.

Yes, I ventured into town and looked for my book on the bookshelves.

I know, I know, it’s shameful really, isn’t it?

Thursday the 21st of September was the official publication date for my latest pocket novel for My Weekly – Woman of Mystery. It’s funny really, but they always change the titles of my books.

You’ll never guess what my original title for this latest romance was.

Well, as Fred Astaire once sang, ‘You say potato, I say potahto, let’s call the whole thing off.’

Except I’d rather not, because I like seeing my books in the shops, and I like the money I get for writing them even more.

But anyway, as usual I digress. So there I was, standing in front of the bookshelf, or more accurately the magazine shelf because that’s where they stock the My Weekly Pocket Novels, but I like to think of them as bookshelves because it sounds grander. Yes, there I was, feeling a little like a giddy kid at Christmas, and I even took a photograph. And then I picked up a copy (only two left, already, and it was only eight-thirty in the morning) and I leafed through it.

Not to check that it really was my book, you understand. I already knew that after checking the complimentary author copies I received.

No, what struck me right then, was the oddness, the utter weirdness of reading back to myself words and sentences I had put together alone in my cellar on Hill Street that were now scattered across the UK and readable by anyone who cared to pick up a copy of the book and leaf through it. And if they wanted to read the entire book, then all they had to do was offer the till assistant £3.49 and the book was theirs.

Would all these readers of my words conjure up within their minds the same images I had when I wrote them? Would they catch the nuances and the little jokes, would they feel the same love for these fictional people that I felt for them when I was documenting their adventures?

Well, no. Probably not.

Because, although writing is a form of telepathy (if I describe a box using words on paper to conjure an image of that box in your mind when you read those words on the other side of the world a couple of years later – yep that’s telepathy) it’s a faulty form of telepathy at best. Because what an author does with fiction is attempt to sketch in the images and let the reader’s imagination run free to fill in their own details. If I tried to take a mental photograph of the scenes and the characters in the book, capturing every tiny detail, well that would just kill the story.

So I sketch in the broader picture of the novel’s story and scenes and characters, except sketch is the wrong word because it makes it sound as though writing a novel is easy. There we go, a few pencil marks here, a few brush strokes there, and it’s done.

Oh, if only. Writing a novel is hard work, but at the end of the day when the book is in the reader’s hands, it has to look like anything but hard work. It has to look effortless, like a sketch.

And then everyone who comes to it takes their own interpretation of it away with them.

So there I am in a busy supermarket reading little snippets of a book I wrote all alone in my cellar, knowing that no one, no one at all, is ever going to understand or appreciate that book the way I do.

Every single one of them will read it a little differently. 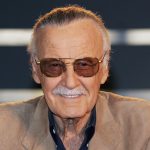 I think I Kind of Love Stan LeeBooks 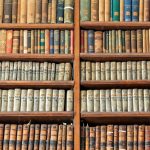 Do We Really Need Any More Books?Books, Writing
Loading Comments...