Willis O’Brien and The Ghost of Slumber Mountain

With a new Planet of the Dinosaurs book coming out soon, I’m going to spend the next couple of weeks talking dinosaurs, and more specifically dinosaur movies.

And we’re going to start with Willis O’Brien.

Have you ever wondered what dinosaur movies looked like before CGI was invented? Or even earlier than that, say before stop motion was pioneered?

Or how about before sound was invented?

Sound in movies, of course, not sound in real life. Which is just silly. Or a really good idea for a book.

Anyway, where was I? Oh yes, a silent movie featuring a dinosaur? Yes, it happened, way back in 1914 in the film Brute Force.

Directed by DW Griffith, who also made Birth of a Nation and Intolerance which are both highly regarded as cinematic masterpieces in their use of pioneering visual and editing effects but also controversial for their portrayal of black people, Brute Force’s plot involves two rival cavemen tribes fighting over women.

Yes, you heard me right. Two tribes of cavemen fighting over women.

And, looking at the first title card that appears at the start of the film, you don’t have to wonder what Griffith’s attitude to women was. 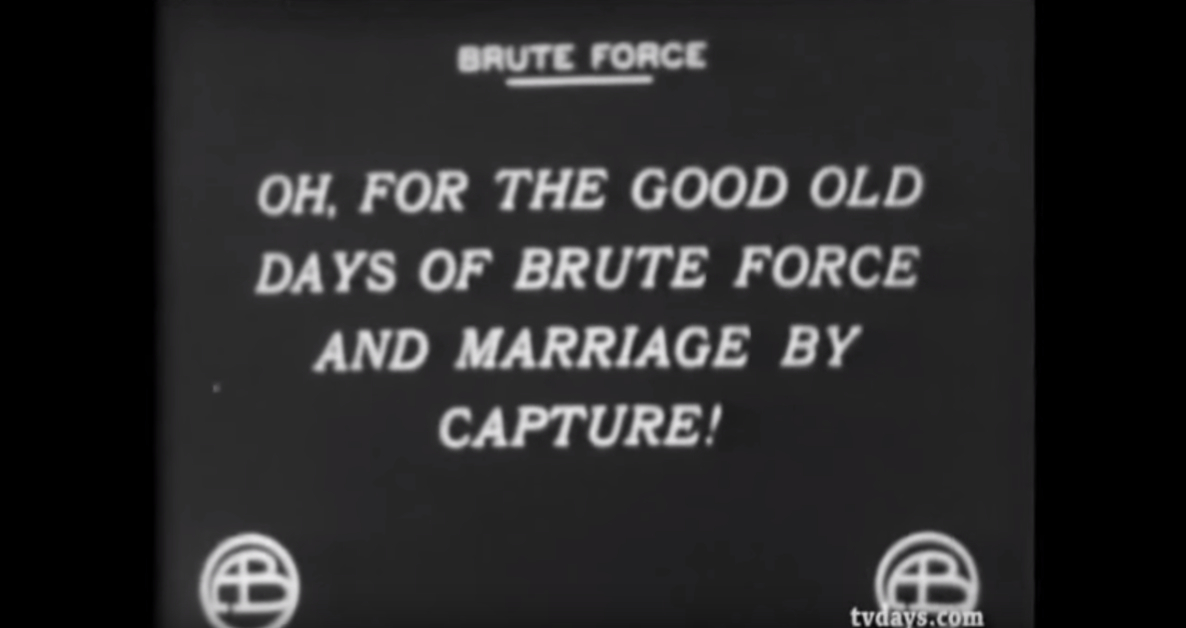 But anyway, you didn’t come here to read about my views on marriage, so let’s move on to the bit about the dinosaur.

You can see it here, the very first time a dinosaur appeared in a film, over one hundred years ago. (Watch until the 6m 10s mark.)

It’s not exactly Jurassic World, is it? 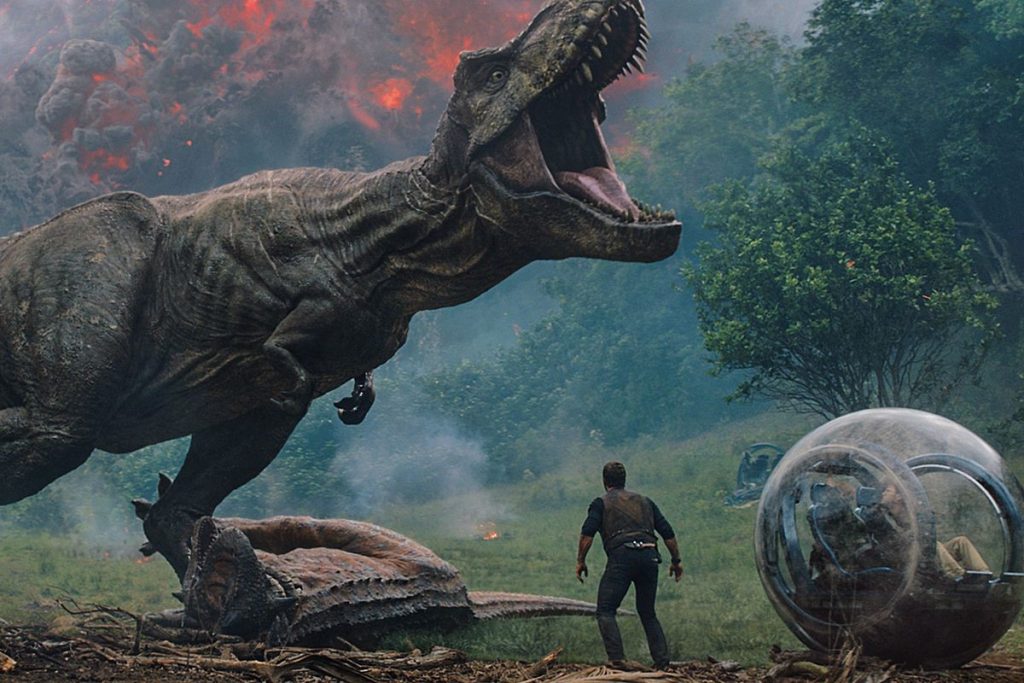 Four years later in 1918 a special effects pioneer by the name of Willis O’Brien made The Ghost of Slumber Mountain which is notable for being the first film to feature actors and stop motion creatures together on the screen.

Did you see it? I seriously doubt that a T rex would lick its lips after killing a stegosaurus. In fact, did a T rex even have any lips? I think that is such a great shot, though. Willis O’Brien stretching what was possible at the time and having fun too.

Now maybe you are possibly thinking those dinosaurs looked a bit rubbish. And you’re right, compared to today’s CGI monsters they look pathetic.

But, as I said before, (you were paying attention weren’t you?) O’Brien was a pioneer in special effects and pushing the boundaries of what was possible in the movie going experience.

To go and see something like this in 1918 would have blown your socks off.

O’Brien went on to create the stop motion dinosaurs for the film The Lost World, and you can see from this trailer that his techniques had improved amazingly. (Watch the entire trailer, it’s brilliant. And look out for the T rex.)

Still nothing by today’s standards, you might be thinking, but it was because of movie pioneers like Willis O’Brien and many others, that we have the spectacular dinosaur adventure films that we enjoy today.

In fact, Spielberg put affectionate references to other dinosaur movies into Jurassic Park, in particular Gertie the Dinosaur, and King Kong on which O’Brien also worked.

We salute you, Willis O’Brien.