My reading tastes are all over the place, much the same as my writing to be honest. Most of you coming here will know me through my Joe Coffin horror books, and some of you will know me through my Young Adult books. I bet not many of you read my romance books, though. Well, my reading covers wider ground than my writing, taking in not just horror and crime, but memoir, biography, comedy, and drama amongst others. But it’s Young Adult I wanted to talk about with you today, particularly The Hate U Give.

I picked this book up purely on the title, cover and blurb alone. I hadn’t heard of it before, I didn’t know it was being turned into a film, I had no preconceptions whatsoever.

All I can really pinpoint as part of my initial desire to read it was an intention to broaden my reading, and discover books by more diverse authors.

Reading a novel with a teenage black girl as the protagonist appealed to me, and seemed like a good place to start.

And then it sat on my shelf for a long time.

At some point I started borrowing books off Thing Two (age eleven when I started borrowing his books, but now twelve). I started with The Boy in the Tower, a story about Triffid like creatures destroying a city, all the while watched by a young boy trapped in his apartment in a tower block.

Then it was Time Travelling with a Hamster, which I enjoyed for its loopy storyline, its humour and its serious themes of life and death.

After finishing that I read The Goldfish Boy, about another boy trapped in his room, this time by inner monsters (OCD), not physical external threats, who believes he is the best person to solve the mystery of a missing toddler.

And then I read The Hate U Give.

Starr Carter is a 16-year-old who lives in two worlds: the poor black neighbourhood, Garden Heights, where she has grown up with her family and the fancy suburban, and mostly white, prep school she attends. In Garden Heights Starr is herself, but at Williamson Prep, the majority white school her parents send her to, she is Starr ‘Version Two’, determined to not draw attention to herself or be the ‘token’ black girl.

One night, Starr goes to a party in Garden Heights and she meets her childhood best friend, Khalil. When he drives her home after the party, they are stopped by a policeman. Khalil is forced to get out of the car and the police officer shoots him, even though he is unarmed. Soon afterwards, his murder becomes a national headline. He’s called a thug, a drug dealer, and a gangbanger.

Starr now has to find not only the courage to speak up, but find her own voice to speak up with.

I love Starr. She has one of the most distinct fictional voices I have ever come across, she’s bright, intelligent, funny and conflicted.

As a middle aged white guy, how did I relate to this black, teenage girl? Surprisingly well, actually. Many of Starr’s concerns, such as peer pressure, searching for an identity of one’s own when turning from a child into an adult, issues around sex and image, are universal and mostly timeless.

I could relate to much of what she goes through in this story.

But then there is the issue of race, of being a minority, of having to explicitly say, ‘Black Lives Matter’ when, actually, it shouldn’t need saying at all.

Even on the issue of race I can relate a little to Starr. Growing up in a working class town in the north of England where the norm was hard drinking, smoking, football and betting on horse racing I felt like an alien creature abandoned on earth with my sensitive artistic ways, always reading or writing or drawing.

And yet everyone was so white.

There was a casual racism around at the time. I remember a black man walking past our house and my father muttering something about how he should go back home where he belonged. Or the single ethnic minority pupil at our primary school, a tiny Pakistani girl, who was told by one of the other children that God had left her under the grill too long.

Thinking back on that now reminds me of the headmistress of that school, who told this boy off for what he had said. I can remember sitting in a darkened room, the class silent as she showed us slides of her travels around the world.

At least someone tried to educate us, give us a broader world view.

There have been a few times when I had an inkling of how it must feel to be in a minority through the colour of my skin.

The first was at a friend’s wedding. There were two of us pale skinned people, and everybody else was as black as midnight. Then there was the Sikh wedding I attended with my wife and two boys.

Another time was a visit to Uganda. Six white guys in a village of black people.

For once we were the object of attention, of curiosity. The children followed us around, the teenage girls ran their fingers down my white forearms, giggling, and I felt like an exhibit at a zoo.

But of course those experiences were fun and brief. They only gave me a glimpse into what the minority experience is like, because I came home again.

And while we were there no one told us we couldn’t use that toilet like everyone else, that we had to use the one around the back.

No one told us we had to stand up and make room for the black man.

We didn’t have to tell anyone that ‘White Lives Matter’.

And no one got shot.

(In fact, to digress for a moment, we were treated incredibly well in all those situations. At both weddings we were warmly welcomed in and in Uganda we were treated like royalty, down to having had their goat slaughtered for the meal they served us and buying toilet paper specifically for our visit. Think about that for a moment. This village had pit latrines in sheds for toilets, and cleaned up by washing with soap and water, but the family we visited went and bought a roll of toilet paper for us to use.)

It’s not easy, having been born into a the power base of a culture (in this case male and white) to put yourself in the shoes of the ‘minority’. It takes work to imagine how it must feel to be on the other side.

And yet, with The Hate U Give, Angie Thomas manages to pull off an amazing feat of literary magic by putting us in Starr’s skin, letting us share in that experience of ‘otherness’, but without being condemnatory or strident, without judging. Partly she manages this by keeping the cop who pulls the trigger on Khalil anonymous. We know him mainly by his number, as Starr memorises it as he stands before her, pointing his gun at her in the aftermath of the killing.

Police in South Carolina have protested at the inclusion of The Hate U Give in a school’s summer reading list.

“Everybody is trying to make the law enforcement out to be a bad guy,” said John Blackmon, president of the local police union. “We’re not the bad guys. We’re trying to help.”

But that isn’t what the book is doing, it is far more nuanced than that. There is in fact a very good, and black, policeman in the book who is trying to do the right thing.

The Hate U Give was also banned at a school in Texas, although the school claimed that this was due to the use of profanity, drug use and offensive language, not anti-police sentiment.

Ironically, the book’s central theme (or one of them) is about Starr finding her own voice and speaking up, being heard, and being allowed to be heard.

The book was partly inspired by Tupac Shakur’s Thug Life, the meaning of which is open to interpretation but is widely seen as The Hate U Give Little Children Fucks Everybody.

In one scene Starr and her father, Mav, discuss this.

“Yeah. Khalil told me what he thought it means. We were listening to Tupac right before…you know.”

“A’ight, so what do you think it means?”

“I know. I wanna hear what you think.”

“Black people, minorities, poor people. Everybody at the bottom in society.”

I love The Hate U Give.

You will also be able to go and see the film later this year, but I recommend you read the book first. 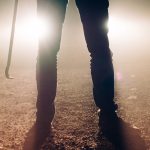 Why Do We Enjoy Horror?Books 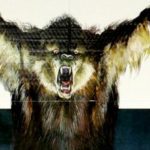