Why Do We Enjoy Horror?

Aren’t there enough horrors in the real world? Why do we feel the need to go and experience even more through reading scary books or watching horror films? It’s a question I sometimes still ask myself every so often. A reality check, in a way.

I know some people who abhor horror movies and books.
In fact, I’m married to one of them.

And I can understand that aversion.

People get pleasure out of reading about and watching the most horrific and violent crimes being committed in front of them? Or monsters and zombies chewing people up, dismembering them, all for our entertainment?

I’m not sure I would get on this train – You might never get off again!

It sounds a little strange when you put it like that.

And yet, the need is there. If it wasn’t, how do we explain away the billion dollar horror industry, dedicated to scaring us and grossing us out? It’s not just books and films, but computer games and comics and theme park rides and TV shows. In the series Dexter we even had a serial killer who was the good guy!

I have always been attracted to scares. I still remember my sister’s boyfriend, on a night when they were babysitting me, telling me a spooky story about an old woman who rises from her grave to get revenge. Scared the hell out of me, and this just before I was due to go to bed. This nasty little tale designed to have me cowering wide eyed beneath the bedsheets all night has stuck with me so much over the years I finally turned it into a story of my own.

Then, at secondary school, there was my fascination with Dracula, and after that my premature exposure to the books of Stephen King and James Herbert.

Guy N Smith reduced to me a blubbering wreck with Night of the Crabs, Stephen King induced in me an aversion to looking in bathroom mirrors and James Herbert simply had my mouth hanging open in disbelief at the violence and sex he threw my way.

With the arrival of a VHS player into our house I had access to all those films I had been hearing about but been unable to see before now. Alien, The Texas Chainsaw Massacre, The Exterminator (If you’re lying, I’ll be back), Suspiria and others that I had never even heard of before.

Unbelievable I know, but this was a serious bit of hi tech kit when I was a teenager!

I revelled in it. I loved horror, tearing my way through James Herbert’s back catalogue in no time and staying up late at night to watch horror films.

In 1985, going through a tough time mentally and emotionally, I became a Christian, of the Born Again type.

And there was no room for horror in those circles. You had to be careful what you watched and read generally, and there was a form of unofficial and unspoken censorship that informed my life for the next fifteen years.

I missed out on a lot of good books and films during that period.

Did it do any good?

Was I a better person for staying away from all that ‘unedifying’ material?

Looking back now on that period of my life I think I can safely say it didn’t make any difference whatsoever. I met a lot of wonderful people who supported me through some tough times, but that imposed censorship on what I could read or watch? Ultimately, in terms of a broader world outlook, it did more harm than good.

Censorship is used to force a blinkered view upon a person by others in a higher authority.

Not something I support in any way.

Back to having a broader world view and free to read and watch whatever I wanted, I was curious to see what I had missed, particularly by Stephen King. By this point in my life I felt I had outgrown James Herbert, but King remained with me, and still does to this day.

But having been away from the horror scene for a while I came back a little more, I don’t know, wary perhaps? And questioning, why was I, even though part of a much larger community, attracted to horror?

Chris Nialls, founder of The London Horror Society, explains it this way,

To me, being frightened in a controlled way is almost like an extreme sport or roller coaster ride.

Chris watched Halloween aged eleven, and has been hooked on horror films ever since.

Do we get addicted to the thrills and the scares? Although we now very rarely find ourselves in positions of danger and genuine fear, there is a lot to worry about. Climate change, terrorism, and the economy, amongst many other issues.

Reading a book or watching a film is a form of escapism, but particularly so with horror. Once we emerge from the experience, the story completed, we are brought back to our own, familiar world. We have experienced the thrills of a scary situation, and yet we are safe, unharmed.

And for me it is not just a parade of blood and guts that makes a film scary (just the opposite in fact as those parades of gore can be very boring) but it is the emotional investment in the characters, and the depth of the story that make for a satisfyingly thrilling experience.

After going through hell with Louis Gage From King’s Pet Sematary, and even shouting at the pages as he began another cycle of the same bad decisions by the end of the novel I was emotionally wrung out and at my weakest as King delivered the book’s final line:

Okay, I’m not going to spoil it for you, but if you’ve read it you’ll know the line I mean.

This simple line sent a shiver of unease through me and brought the novel to a satisfyingly bleak ending. I was left thinking about that book for days, if not weeks, after finishing it. I was back in my relatively safe world, but a part of my consciousness was still abroad in King’s nightmarish world of reanimated animals. A story that achieves so much emotional resonance is a story worth telling.

Even if it is a horror story.

Or perhaps especially if it is a horror story. 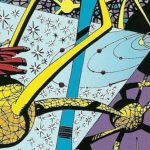 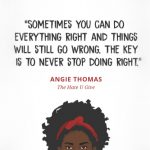