Welcome to the Party, Pal!

Or at least as official as these things ever are.

Maybe even the best Christmas film ever made.

Except, a few weeks ago, I continued Thing One and Thing Two’s ongoing classic film education, and sat them down to watch Die Hard.

And it hit me.

Better even than It’s a Wonderful Life.

I’m a big believer in age-appropriate censorship. But the BBFC model is a crude one, although it’s probably the best we will ever have.

As for Die Hard, I looked up the rating to find out why the 18 certificate had been given. It had been a long time since I had seen the film, so I wanted to be sure.

Violence: As a family we watch Gotham every night, which has more violence than you could shake a sawn-off shotgun at, so that’s no problem.

Swearing: They both spend five days a week at secondary school, they will have heard every swear word going by now and maybe even used a few of them.

Brief Nudity: I dealt with that one in my post about Airplane.

Drug Taking: The scene is brief and the man doing the drugs is an idiot. It’s a classic lesson in DON’T DO DRUGS, ONLY IDIOTS DO THAT.

So, I couldn’t see any reason not to watch it. (I’ve since found out that Die Hard was reassessed by the BBFC in 2008 as a 15 certificate. I’m glad they agree with me.)

As you can imagine the boys loved it. Thing One in particular laughed out loud at some of the dialogue, especially the one where John McLane is trying to summon official police help via a restricted radio channel and is told off by the supervisor on the other end:

Attention, whoever you are. This channel is reserved for emergency calls only…

No fucking shit, lady. Do I sound like I’m ordering a pizza?

Die Hard is one of the most entertaining popcorn movies ever made. It’s got action, laughs, suspense, quotable dialogue and a heartwarming family reunion.

And, let’s be clear about this, it is also the perfect Christmas movie.

Far more so than It’s a Wonderful Life.

I love It’s a Wonderful Life. It’s a great film.

But a great Christmas film?

Let’s look at the evidence.

Despite the heartwarming reputation it has built itself over the years, it is actually quite a dark film about depression and suicide.

And less than half of the film’s running time takes place at Christmas.

It’s a Wonderful Life is 2h 10m long, but the first mention of Christmas doesn’t even happen until the 1h 16m point. To be honest, It’s a Wonderful Life could be set at any time of the year. It really makes no difference, as the film centres on a man who has spent his life trying to avoid responsibility and failing, until he is driven to commit suicide. This happens to be on Christmas Eve, but that isn’t integral to the plot.

On the other hand, the plot for Die Hard revolves around John McLane returning to his estranged family to spend the Christmas holiday with them. What could represent Christmas more than that? And don’t forget, the entire film takes place on Christmas Eve, not less than half of it.

All the trappings of Christmas are there: snow, Christmas party, presents, decorations, mistletoe, and that final family reconciliation.

John McLane not only saves the day but makes it home for Christmas too. 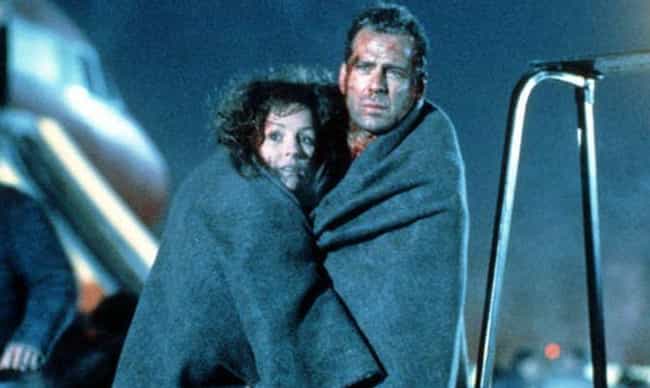 So, forget what the BBC says, it’s settled.

Die Hard is the Greatest Christmas Film Ever Made.