Where do vampires come from?

These days, saturated as we are with films, TV and books, we know what vampires look like. They have fangs, drink human blood, and can’t see themselves in mirrors. Some can be warded off with garlic, and most if not all can be killed with a stake through the heart.

But it wasn’t always that simple. Today’s scholars suspect that the modern conception of these blood sucking monsters evolved from traditional beliefs held throughout Europe. Beliefs that were centred around the fear that the dead, once buried, could return to life and harm the living.

Without our modern day, scientific understanding of how bodies decompose, it would have been easy to think that a recently deceased loved one was rapidly turning into a reanimated monster.

As a corpse’s skin shrinks, its teeth and fingernails can appear to have grown longer. And as internal organs break down, a dark “purge fluid” can leak out of the nose and mouth.

Anyone unfamiliar with this process might have interpreted this to be blood and suspect that the corpse had been drinking it from the living.

Fear of vampires also rose during times of plague. Hunting down the dead, believing them to be risen again and drinking blood, may have been a way of taking control of the random nature of disease.

In 2006 archaeologists unearthed a skull in Venice, Italy, buried amongst plague victims. The skull had a brick jammed in between its jaws, perhaps in attempt to prevent the corpse from rising and feeding on the living.

One of the last big vampires scares occurred in New England in the 1890s, two hundred years after the last of the Salem witch trials. In 1892, 19 year old Mercy Brown died of tuberculosis. Her mother and sister were already dead, and her brother Edwin was seriously ill.

Concerned neighbours were worried that one of the deceased Browns were harming Edwin and so they dug up Mercy and found blood leaking from her mouth. Convinced she was a vampire they burnt Mercy’s heart and mixed some of the ashes into a potion for Edwin to drink.

The potion was meant to cure him, but he died a few months later.

We’ve come a long way since then in our understanding of death, and yet still we are fascinated by vampires, and stories about them.

Much like in the past when a fascination with vampires was a way of dealing with the horror of illness and death, I think today we are still doing the same. We use stories to escape into a different world for a while.

But did you know vampires are real?

You are probably finding that statement hard to believe, right?

I got to thinking about this whole supernatural thing a few weeks back when I attended a seminar on Gothic fiction. One of the attendees explained how she sees dead people.

They come to give her messages, she said, and they are always friendly. Apparently she often wakes up in the morning to find a dead person sitting at the end of her bed, waiting to give her a message.

Now, I’m not really a believer in the supernatural, even though I write about it. But this woman, she seemed so genuine and told us the facts about what she experiences on a daily basis without any fanfare or amateur dramatics, without the need to be centre of attention.

And I know she was telling the truth. Even if I find her truth difficult to believe.

Anyway, I started thinking about vampires. Like, what if vampires were real? How utterly terrifying that would be. Like a zombie apocalypse, only worse.

Because vampires can move fast, but zombies can only shuffle.

And vampires are clever, they can think for themselves, while zombies are after nothing more than another meal of fresh brains.

So I did a little research.

Looking back in time it seems that Countess Elizabeth Bathory may have been the first documented vampire. Born in 1560, Elizabeth also holds a Guinness World Record: The world’s most prolific female serial killer, with a possible 650 victims to her name.

Born into royalty in Hungary, Elizabeth Bathory was married at 15, and her wedding was attended by 4500 guests. She was an educated woman who could read and write in four languages. During The Long War Elizabeth defended her husband’s estates, and there were several instances where she intervened on behalf of destitute women, including a woman whose husband was captured by the Turks and a woman whose daughter was raped and impregnated.

Despite this, she had a darker side.

The atrocities described most consistently included severe beatings, burning or mutilation of hands, biting the flesh off faces, arms and other body parts, and freezing or starving to death. Other forms of depravity included girls being burned with hot tongs and then placed in freezing cold water, being covered in honey and live ants, and cannibalism.

It was also said that she bathed in the blood of young virgin girls to retain her youth.

When her crimes were finally unearthed, over 300 witnesses and survivors testified against her, and the discovery of many horribly mutilated, dead, dying and imprisoned girls didn’t help her case either.

But was she actually a vampire?

Probably not. The legends of vampirism surrounding Countess Bathory only began to emerge years after her death. Aside from bathing in blood and biting her victims what really helped further the rumour of vampirism was the fact that both her grandfather and uncle had been high ranking officials in Transylvania.

And we all know who lived in Transylvania, don’t we?

So, a Guinness World Record holder yes, but vampire?

Just like those ancestors of ours who jammed bricks in corpses’ mouths to prevent them from feeding on the living once they had risen from the dead, labelling Countess Bathory as a vampire was simply another way of dealing with the horror of reality. And so they turned to a fiction, vampires, to help deal with that.

Perhaps that’s why I enjoy writing the Joe Coffin books so much. Some pretty bad things happen in those novels, but they never follow me back into the real world, thank goodness.

And the reason I am talking about vampires so much today is that Joe Coffin Season Four is due to be published on Tuesday 27th November 2018. Yes, that’s right, this Tuesday coming.

And I’m rather excited.

Quite giddy in fact.

A few lucky readers have already had a first read and here are some of their thoughts:

‘What can I say…Joe Coffin season 4 was worth the wait! Vampires, bats, gangsters and, of course, Joe Coffin. This story flat sucked me in. I read it straight through, completely unable to put it down.’ – Jamie

‘New readers may be lost (but they have the joy to come of reading the first three seasons) but for those who have already encountered Joe Coffin this is a welcome return!’ – Julian

‘This is the best book so far!’ – Philip Daniel Angel

If you want to keep up with news about Joe Coffin and my other books, then you need to sign up to my email newsletter. And if you sign up this coming week, you will find out how to get hold of some free bonus books to go with Joe Coffin Season Four. 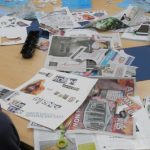 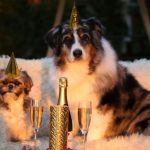 What went well, and what didn’tLife, Writing
Loading Comments...