“Not good for your old tickerpumper, now, is it, Mrs Stump?”

At the moment I typed those words I realised I had begun to understand a little more about the character of Corpse, a villain in my series of Joe Coffin novels. Not a huge amount you understand. Not enough to really understand what makes him tick.

But I understood more.

And this is a good thing. I need to have some understanding at least of what goes on in the hearts and minds of the people who populate my novels.

What I didn’t realise at the time was that I had just opened up myself to a world of hurt.

I’d basically just made my job of writing the Joe Coffin books that much more difficult.

Right, before I go any further with this, let’s put that opening line into some context.

Stump and Corpse are a double act.

Not like Eric Morecambe and Ernie Wise, or Abbot and Costello or even Cagney and Lacey or Starsky and Hutch.

No, Stump and Corpse are more like Mr Wint and Mr Kidd.

Stump and Corpse began life as a pair of Victorian grave robbers in an abandoned novel of mine, Le Grandiose Michel Mysterieux. In that novel they were both men, but when I resurrected them for Joe Coffin I not only brought them from the past to the present I changed Stump from a man to a woman.

Not sure how he/she feels about that.

I hope I never find out.

You see, Stump and Corpse are probably two of the most unpleasant people I have discovered lurking in the recesses of my mind. And despite currently writing book four in the Joe Coffin series I have still only hinted at their utter despicability.

Mrs Stump, as Corpse refers to her, is named after her arm which ends in a stump. She wears an adapted mannequin’s hand in replacement of her real one, and it is rumoured that beneath the mannequin’s hand there is a sharp blade surgically attached to her arm. The problem is, if you have ever seen this blade that means you’re probably dead.

Mr Corpse, as Stump refers to her, is named after his general appearance. Skeletally thin, he wears one stained, threadbare, black suit. All the time. He was originally nicknamed the Undertaker, but then one day someone said he looked more like the undertaker’s corpse than the undertaker and the name stuck.

These two, they work for themselves. Pay them enough money and they will do a job for you. The amount they charge depends on the job you want doing. Stump has a tiny, battered notebook in which she keeps a handwritten list of rates for jobs.

What will they do for you?

Look after your cats while you go away on holiday?

Yes, they would. (But seriously, you wouldn’t want them to do this for you. Your cats would take one look at Stump and Corpse and then run. And you would never see them again.)

Check up on your nan and maybe keep her company for the afternoon?

Yes, of course. (But you wouldn’t want them to do this either. Much like your cats, you would probably never see your nan again either.)

What about torturing your neighbour into submission, the one who keeps you up all night with those stupidly loud parties they have?

Now, Stump and Corpse would LOVE to do that for you. (But again, you wouldn’t want them to do this either. Mainly because, you know, it’s wrong.)

So, yes, basically Stump and Corpse will do pretty much whatever you ask them to.

As long as the price is right.

But let’s get back to that opening line, and putting some context around it.

Stump and Corpse are meeting a client, with a holdall full of goods the client has asked for. I’m being purposefully vague here, to try and avoid spoilers.

Here’s the excerpt from Joe Coffin Season One, spoiler free.

She dropped the holdall in front of XXX’s feet. “You have the money.”

Stump sighed again, as though the world, and everybody in it, was a perpetual disappointment to her. “You really ought to try and relax a little more, Mr XXXXX. All this tension will do your health no good at all.”

“Not good for your old tickerpumper, now, is it, Mrs Stump?”

And there you go, ‘tickerpumper’ is Corpse’s word for heart.

You probably realised that already.

But what’s this about making my job of writing the Joe Coffin books so much harder?

Well, I realised at this point that Corpse doesn’t speak like everybody else. He has his own made up words he uses. His own particular form of language. It’s still English, but Corpse’s own, mangled version of the English language.

Which basically means, “Oh, what a lovely surprise.”

Actually, I’m not going to explain that one. You’ve probably worked it out already.

Corpse’s mangled version of the English language is, on the whole, just about understandable.

But writing it down, deciphering it, translating it from English to Corpse speak, this is what I mean when I say I made my job of writing the Joe Coffin books that much more difficult.

It would be far easier if he just spoke the Queen’s English like the rest of us.

But a lot less entertaining. 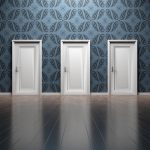