I think I Kind of Love Stan Lee

I think I kind of love Stan Lee.

I think I love him like a father, and a role model, for the inspiration he has always given me to write and to draw.

I think I love him because he’s ninety-four years old now, and that’s just amazing in and of itself, but I love him even more because Stan Lee is ninety-four and he’s still being Stan Lee.

I think I love Stan Lee because of his humour and his permanent good cheer, because of how he radiates positivity at all times.

And I think I love Stan Lee for all the cameo appearances he makes in movies based on characters he created or had a hand in creating. Whenever I watch a Marvel movie with my boys we play the game of looking out for Stan Lee. “There he is!” one of us will shout, and point.

But most of all I probably love Stan because he created Spider-Man. 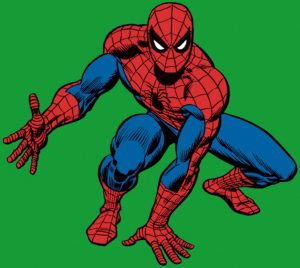 Peter Parker, AKA Spider-Man, AKA Spidey, AKA the Wall Crawler, AKA the Web Slinger, (ok, I’ll stop there) was a constant companion for much of my childhood and my teens and, probably, quite a large part of my twenties too.

It wasn’t the proportionate strength of a spider, or his spider sense or spider speed that attracted me to him.

Neither was it the fact that he could stick to walls whilst dressed up in a skin tight red and black costume, or that he could hitch rides across Manhattan by crouching (spider-like, of course) on top of a city bus.

Nor was it the fact that Peter Parker was obviously a science genius, being able to invent a serum that sprayed out either as a broad web to catch thieves (just like flies!) or as a thick rope to swing from between New York’s skyscrapers. He could even deposit a gloop of this spider serum on a wall and stick a bad guy to it, all wrapped up in webbing as a present for the cops. 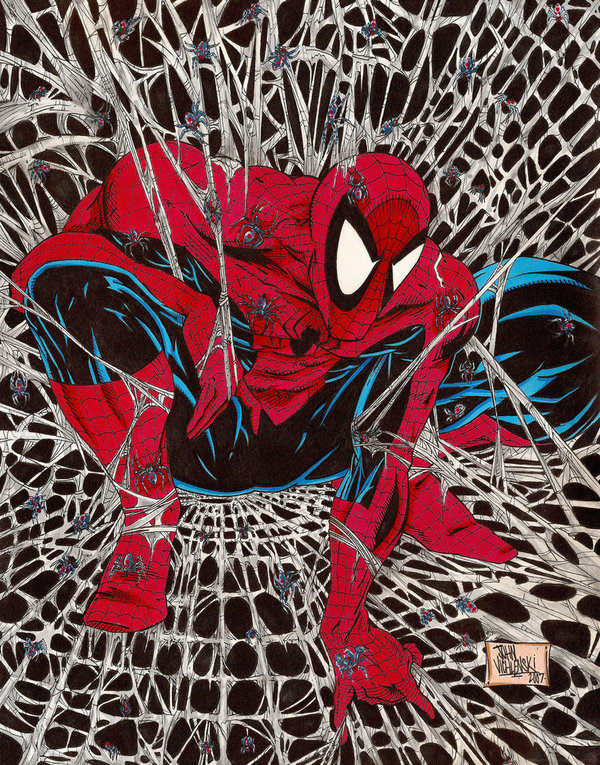 Oh, and did I mention this webbing/sticky glue/thick rope to swing from dissolved after an unspecified amount of time? At least that was the answer one perceptive child reader got for his question in the letters pages about why New York City wasn’t littered with webs hanging everywhere. Or maybe it was an adult reader.

Because Peter was the one I identified with. The nerd, the geek, the outcast. The kid without the girlfriend, but a secret crush on the popular girl. The kid who was bullied. Laughed at. Called names.

Yeah, I identified with Peter Parker. 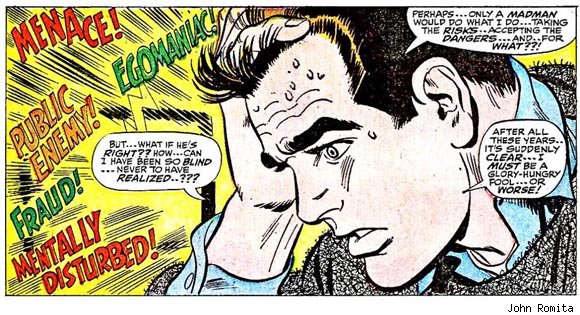 But Spider-Man was the one I wished I could be.

This was where Stan was clever. Not for him a superhero who is secretly a squillionaire, (inherited of course) or an alien pretending to be human (by wearing a pair of glasses!). No, Stan made his superheroes human.

The Thing, tortured by his appearance. (When you look like a bunch of rocks piled on top of each other there’s not much chance of romance really, except, of course, if your girlfriend happens to be blind.) The Avengers, the original dysfunctional super group, (boy, could they argue!) Daredevil, blind as a bat. Iron Man, secret billionaire philanthropist and genius inventor trapped within his suit forever as it is the one thing keeping his dodgy ticker…um…ticking.

Stan’s heroes had flaws. That’s what made them great.

And Spider-Man? Well, not only did he have flaws, but he was kid for crying out loud! A teenager!

(The importance of that last sentence just occurred to me as I wrote it. You see, most of the leading men and women in my fiction are orphans of one sort or another. This is a subtext to my fiction that I noticed some years ago, and there’s a reason it’s there, but that’s for another post. But it came to me just now, Peter Parker was an orphan and maybe that was another reason I identified with him.

Not that I was an orphan, you understand.

Anyway, back to Stan.)

Stan Lee created characters I could identify with, and isn’t that half the battle when it comes to writing a story? I never did care much for Superman or Batman (except, in the right hands, Batman had a certain dark, Gothic element to him which I enjoyed) and I never read the Beano or the Dandy.

But I couldn’t get enough of Spider-Man, because I was living his life too. Or rather, Peter Parker’s life.

If only I’d had the proportionate strength, speed and agility of a spider.

Except, in my mind I did have those things. In my head I was a superhero, capable of incredible feats of bravery and strength.

And because of that I really think Spider-Man helped me get through my childhood, my teens, and yes, even my twenties.

I think I kind of love you.