Back in the summer of 2014 I went with Thing One, Thing Two and Mrs Preston on a camping holiday in France. We stayed in a large clearing in a forest, at a basic, but absolutely wonderful, campsite called Milin Kerhe.

One morning I decided to go for a solitary run. Mindful that I didn’t know the area well and that I barely speak a word of French I decided I would stick to the roads and not go far. I ran up to the road and along it until I came to a crossroads. A sign indicated Pabu town centre to my left so I thought it reasonable to continue my run up there and have an explore before heading back. Only minutes later, having explored the town centre (it’s tiny) I was heading back when I spotted a sign for a footpath through woodland back to the camp site.

How wonderful, I thought. A lovely finish to my run.

I entered the woodland. It was cooler in here than outside beneath the unforgiving glare of the sun. There was a stream trickling along beside the path, a path that took me downhill and deeper into the forest. The birds were singing. The forest smelt lovely.

Helpfully after a few minutes’ running there was another sign at a junction of footpaths pointing me in the right direction for the campsite and informing me that it was only 3km away.

I took the footpath, enjoying my run through this beautiful forest and secure in the knowledge that I couldn’t get lost.

A few minutes later and I came across another sign at yet another junction of footpaths, again pointing me in the direction of Milin Kerhe.

But this time, according to the sign, the campsite was now 5km away.

I paused, ever so slightly unsettled at the knowledge that the campsite seemed to have grown legs and run away from me.

Well, I was still heading in the right direction, so onwards it was.

The next sign I came across, at yet another junction of footpaths, told me the campsite was once more 3km away. I paused to take a good look around. Was this the previous sign, or another one? Had I doubled back on myself somehow?

I didn’t think so. I didn’t recognise this part of the forest.

Until I got to a sign telling me that Milin Kerhe was now 8km away.

To this day I still don’t know how that worked. Was the local governing body of the town having fun at the expense of its tourists? Was I reading the signs wrong?

Whatever the reason, by this point I was lost.

In the middle of a forest.

In a country where I could not speak the language.

Perhaps this experience heightened the fear and suspense I experienced whilst watching The Ritual, a film about four English backpackers lost in a Scandinavian forest.

The film is a slow build, the tone rather melancholy, the four main characters sketched in well without being bogged down in back history. The emotional story arc for Luke is fairly predictable, but still feels right. Luke is played by Rafe Spall who gives a solid performance devoid of histrionics or overplaying. Of the four, Robert James-Collier as Hutch was the standout and I loved every minute he was on screen.

As the four men descend deeper into the woods and ever closer to their doom I wanted to shout ‘No, turn around, go back!’ Of course they don’t, and what is impressive about the writing here is that their descent into the horrors to come is totally believable. No moments of stupidity where they decide to ‘check something out’ when the obvious and only choice would be to turn around and run away.

Nope, these guys spend all their time trying to get away. And every choice they make is completely understandable, and yet still draws them closer to the nightmare that awaits.

There is a lot to enjoy about this film. The cinematography, all muted greens and browns, the sound design and the spare use of dramatic music, the understated acting and the intelligent script. Oh, and then there’s that creature.

I won’t say anything about that.

It’s best if you discover it all by yourself.

The Ritual is based on the book of the same name by Adam Nevill. I’ll most likely be checking that out next. I’ve previously read Lost Girl by Nevill, and what a bleak nightmare of a novel that is. If there is anyone who could turn it into a film, I would opt for The Ritual team of director David Bruckner and script writer Joe Barton.

And Robert James-Collier in the lead.

The Ritual is available on DVD and Amazon Prime.

I seriously recommend it.

As for me and my adventure in the woods, I surfaced a few hours later with sore feet, aching legs, chaffed nipples and a mild case of sunburn.

I felt pretty sorry for myself at the time, but having seen The Ritual I now realise I had a very lucky escape. 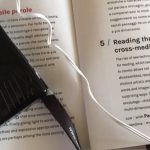 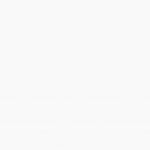