The Black Country by Kerry Hadley-Pryce

Birmingham: grim place. Full of immigrants and idiots. Looks toxic at the best of times, let alone in the winter. 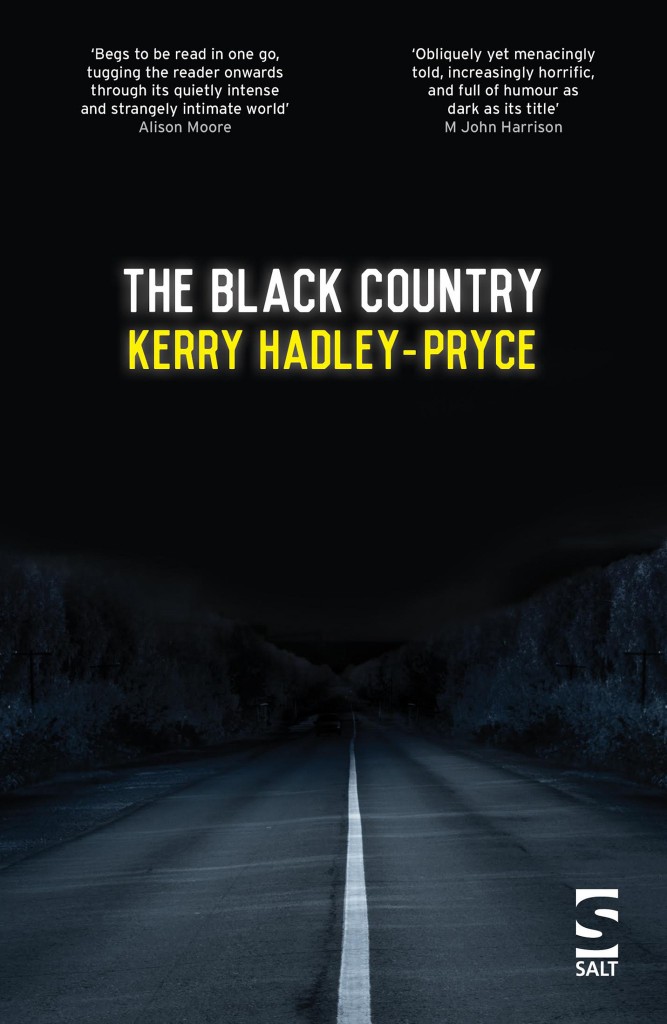 The Black Country is a region of the West Midlands, loosely encompassing the council areas of Dudley, Walsall, Sandwell and Wolverhampton. To traditionalists the Black Country is the area where the coal seam comes to the surface, and the region was described as ‘Black by day and red by night’ by Elihu Burritt, the American Consul to Birmingham in 1862. For writers such as Dickens, the name referred to the effect the industry of the region had on its people and landscape.

, the novel by Kerry Hadley-Pryce is set in the Black Country, but the title could just as easily refer to the psyche of our two protagonists, Harry and Maddie. By the end of the their story we will have seen that their hearts are blacker than the coal that powered the region’s industry.

Starting off bleak and growing darker and nastier as it progresses, Kerry Hadley-Pryce’s debut novel is an intimate study of a relationship between two already damaged people as it rapidly self-destructs. The catalyst for this drama is a hit and run accident late at night. Maddie and Harry believe they have killed someone, but when they return to the scene of the accident the following day, the body has disappeared.

As the mystery deepens, Maddie’s and Harry’s own dark secrets are pulled to the surface, much like the coal that powered the Black Country’s industry.

What makes this book even more powerful, with an unusual narrative style I have never come across before, is the way in which it is told.

Even today, if we ask them, if we were able to ask them, their story might change, waver just a little.

With some certainty, both Maddie and Harry will describe the humdrum mechanics of getting ready for the reunion, the one organised by Gerald’s son. It was a Saturday, that’s true. It’s not particularly important, but Maddie recalls agonising over what to wear. Dress or trousers? Dark or bright colours? Harry remembers her wearing a dress, dark red, maroon. He remembers the beginning of an argument before they left, something about his untidy computer desk, but he’s evasive or can’t remember much about it. And the journey: uneventful. Maddie was determined to drive because the act of driving relieved her of the responsibility of conversation. Besides, in truth, she wanted to take her car so that she would have a reason not to drink. Trying to be good, so she says. Harry didn’t argue, and his memory seems equally clear about that, and it’s important. Maddie drove.

Maddie’s and Harry’s story is being narrated by an unseen third person. This unknown narrator helpfully points out the idiosyncrasies in Harry’s and Maddie’s retelling of their own stories, encouraging us to be sceptical of their accounts. After all, no one wants to come across as the bad guy, do they? In the retelling of our own stories we are always either the hero or the victim, but never the bad guy.

But as we go deeper into the story, it becomes apparent that this unseen narrator hardly seems the most reliable of witnesses either.

The mystery of the unseen narrator becomes clear by the book’s end and yet, perversely, the finale is as black as can be.

The horror in The Black Country is found in the impulses of normal people everywhere: the need for love, for ownership, for power. But here those impulses are twisted so far out of joint they become unrecognisable to us. There is in particular a scene of attempted one-upmanship between pupil and teacher that had me cringing in disbelief and horror.

Reading this book is like going for a dip in the cold, filthy water of the canal into which Maddie crashes her car.

You might get out alive, but you will be chilled to the bone and fearful that you’ve caught something nasty from its fetid embrace.