That’s my favourite thing about you

I’ve been working hard these last few weeks writing romance novels. I know, I know, you’re not the romantic type really, are you? Well, not in your reading tastes anyway. Who knows, you might be the romantic type in real life, whisking your partner off for surprise weekends away, unexpected kisses and cuddles in the middle of the day, and meals for two in romantic restaurants off the beaten track.

But you don’t come here to read about romance, oh no, this place is reserved for zombies and vampires and my inane ramblings about Jaws being the best…zzzzzzzzz

Oh yes, I’ve been writing romance novels. I sold one a couple of weeks ago and I’m reaching the end of another which I hope to sell towards the end of August.

That makes eight romance novels written in total, four of which I have sold to My Weekly for their pocket novel range. (Hopefully that will be five by the end of this month.)

Add to that four Joe Coffin books, and three young adult books (and there’s a new one of those coming out in September), that brings my total of books written and published to sixteen.

Sixteen full length novels, and one collection of short stories.

And a blog post every Sunday (give or take a couple) since August 2017.

That’s an awful lot of words and time spent sitting in front of a computer writing.

But I enjoy it.

Still, I’m a little surprised to see that, out of the three genres I write in, romance, horror and young adult, romance comes out on top in terms of number of books written.

That looks kind of like a football score, doesn’t it? Except with three teams and a high scoring match.

But I’m thinking I might have reached the end of my romance writing days. I enjoy writing them, but I do tend towards the darker side of literature. And I have a lot of stories banging around in my head which I feel the need to write, and none of them are romances.

Next up will be Joe Coffin Season Five.

I feel a bit bad mentioning Joe, because I fully intended to have Season Five written and published by now, but I haven’t actually written a single word so far.

After recording Joe’s shenanigans in another outing of vampires and criminals, I’m fully expecting to be finally writing that long awaited sequel to Caxton Tempest at the End of the World. It’s been a long time coming.

After that it will be Joe Coffin Season Six, followed by the third book in my young adult, Planet of the Dinosaurs series, which may well be the last one as I like the idea of that being a trilogy.

Along with more blog posts and a series of stories for my Ko-fi subscribers, it’s going to be a busy year or two.

But no more romance.

Which will be a shame.

Especially as one of my friends recently said to me,

“That’s my favourite thing about you…horror and romance writer.”

Now I would have hoped that her favourite things about me were my rugged handsomeness, my scintillating wit, and my magnetic charisma.

But no, it’s the fact that I write both horror and romance.

Once I have finished this last pocket novel romance, there will be no more.

Which means my friend will have to find something else about me to be her favourite thing.

Did you vote in last week’s poll on how likely it is that I would to survive a zombie apocalypse?

Here are the results:

A staggering 37% of you said, ‘You’re dead unless you get your shit together right now!’

But only 12% said ‘You’re one badass zombie killer!’ 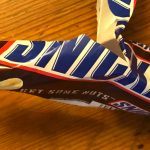 My Top 6 Tips For Surviving a Zombie ApocalypseLife 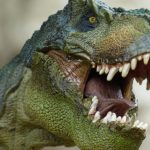