When I was a lot younger, back when dinosaurs ruled the earth and living in the moment consisted of running for your life, I used to go to the cinema quite a lot. Often I would simply pick a film that looked interesting, without knowing very much about it. I’m sure I must have seen some turkeys, but I can’t remember now.

Oh yes, there was The Exterminator 2, which was pretty dreadful. Robert Ginty was the star, but he spent the majority of the film behind a welder’s mask so it could have been anybody playing the part. 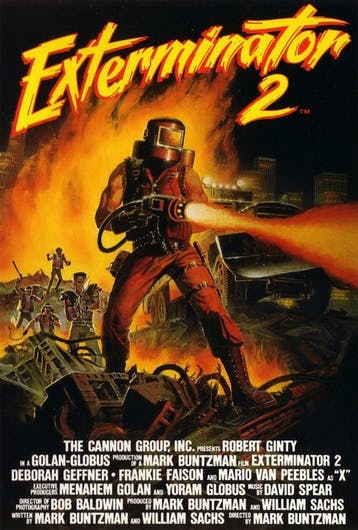 Having said that, the early days of the Electric could be a hit and miss affair. I once turned up for a screening of a film I was desperate to see (can’t remember what now) only to arrive and find a crowd outside the cinema doors, being addressed by the manager. It turned out that the projectionist had gone on a pub crawl and the manager had sent a member of staff to search the city centre pubs.

They never found him, and the film never got shown.

But it’s not the Tivoli or the Electric I wanted to talk to you about.

I saw their debut film, Blood Simple, at a cinema in Birmingham long since closed. It’s still there, underground and deserted. A reporter for the Birmingham Mail had the opportunity for a look round a few years back, and took photographs. I can’t believe it’s still there all this time later. 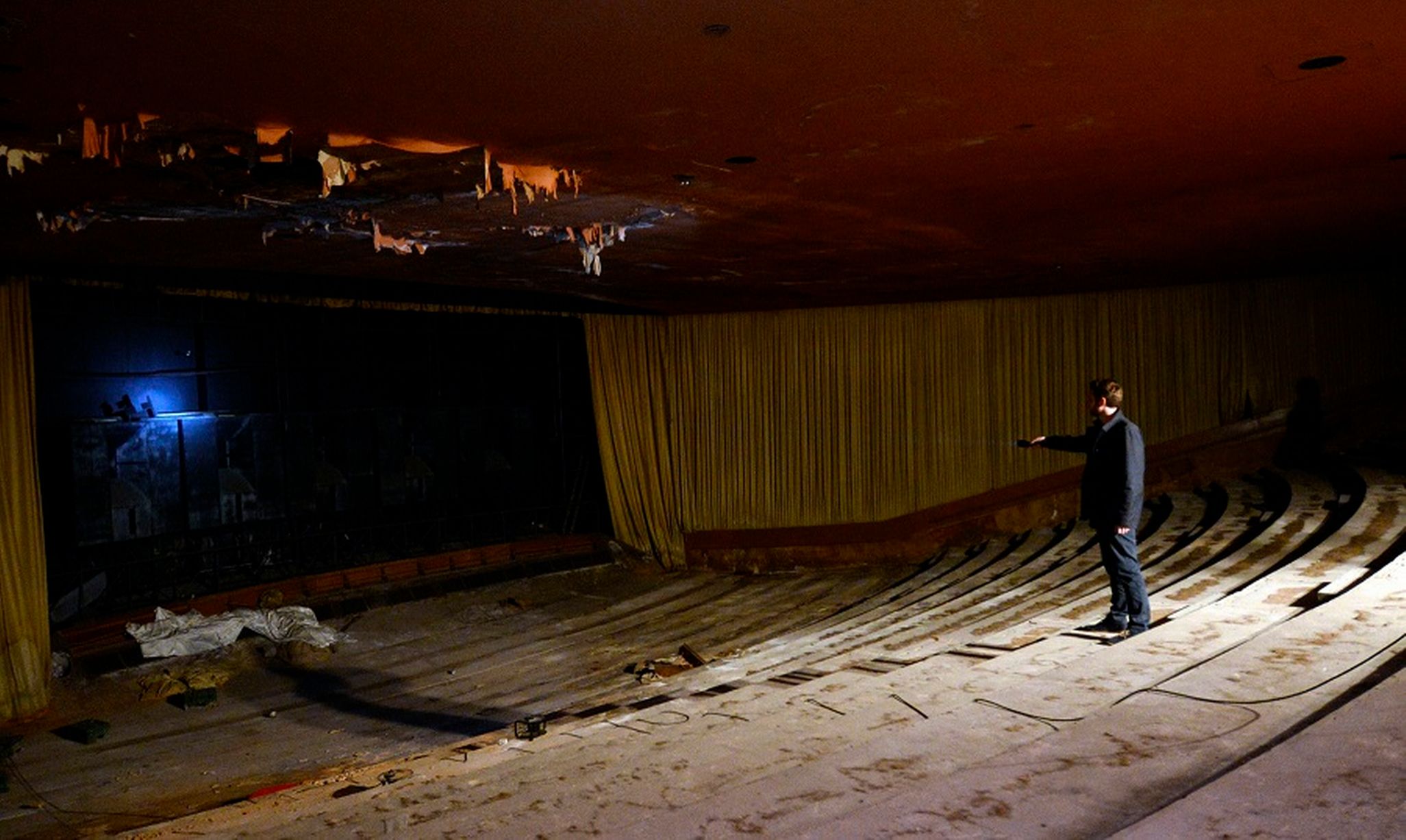 Anyway, this is where I went to see Blood Simple, on the tiniest cinema screen I have ever come across, on a double bill with a cockroach movie I can’t remember the name of. I’d never heard of the Coen brothers, nobody had, but Blood Simple was getting some rave reviews.

I don’t think there were very many people in the cinema (unlike the showing for The Beyond at the Tivoli, which was packed) but I do remember the ratcheting tension and the atmosphere. Honestly, I had never seen anything like this before.

A few years later I watched their second film, Raising Arizona, not at the cinema this time but on VHS. And I was confused.

I was confused by Nicholas Cage. This might have been the first time I had seen him act. I remember being aware of him before that. Specifically in Birdy, which had been on my radar for two reasons.

One, Peter Gabriel had recorded the music for the soundtrack, and I was a huge Peter Gabriel fan. And two, I was fascinated by Matthew Modine. Looking back now, at my teenage self, I think maybe I had a crush on him. Is it all right to say that? Of course it is. I wouldn’t have said that at the time. Growing up in a working class town in the North of England wasn’t the place to be self-identifying as anything other than straight.

Back to the Coens. Millers Crossing was next, in the cinema again, back to the noir storytelling of Blood Simple, but with the crazy humour of Raising Arizona. And now I was recognising the enormous talent on display from these two brothers, and the fact that they weren’t going to be pigeonholed.

Nothing could prepare me for The Big Lebowski. 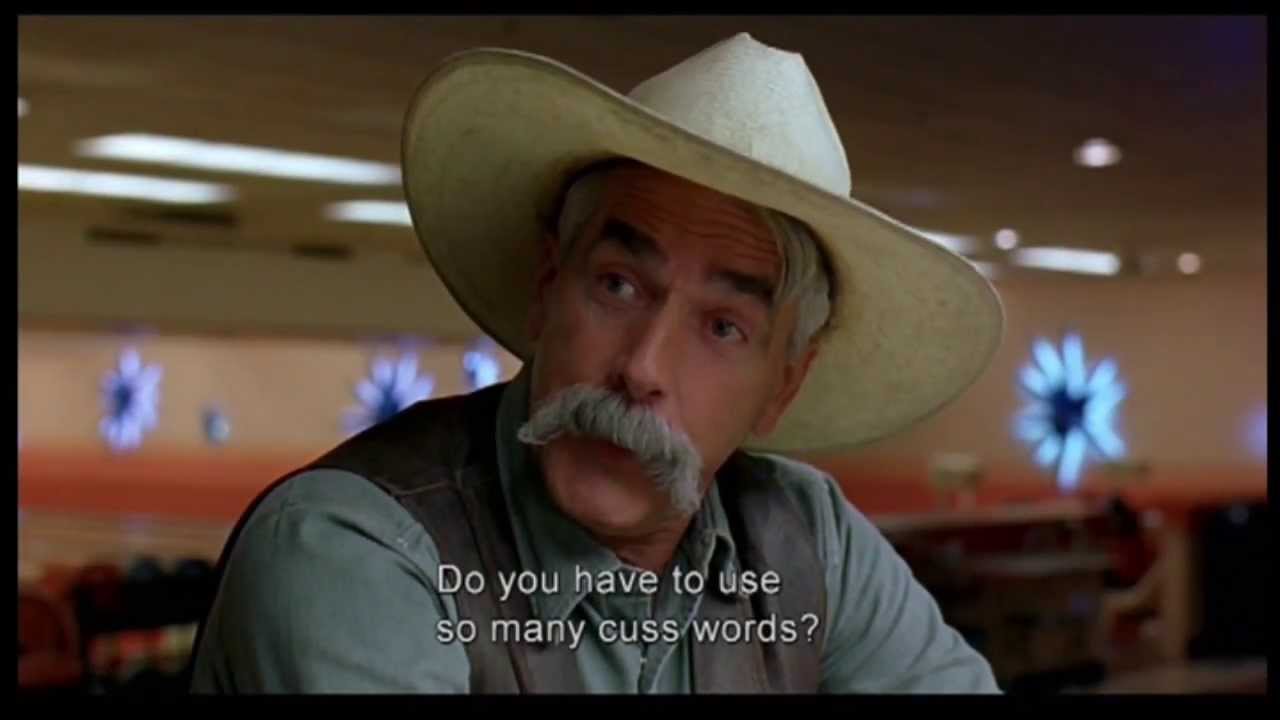 That’s the reason I’m talking about the Coen brothers today. Earlier this year I showed The Big Lebowski to Thing One and he loved it. Thing Two, who was twelve years old then, was away at a magicians’ conference at the time (I’m not making this up) and so I thought it would be perfect time to let Thing One watch it. He’s fifteen, but I felt comfortable letting him watch it, despite it being an 18 certificate.

But not Thing Two.

Of course this all backfired as soon as Thing Two arrive home a few days later and found out what had happened. He then spent months pestering me to let him watch it, (using the logic that a: it wasn’t fair to let Thing One see it and not him, and b: he already knew all the swear words and all about sex so I shouldn’t stop him from seeing it just because it contained strong language and strong sex references) and I finally gave in last night. Thing Two joined us for a repeat viewing.

I was a little worried about watching The Big Lebowski again so soon after seeing it last. I don’t want to grow so familiar with it that I grow weary of its presence in my life.

But I needn’t have worried at all. I grinned, I laughed and I felt all warm and fuzzy like I always do when I watch it. And, last night, I spotted a cameo by Sam Raimi which I had never noticed before.

You all know me, you know my favourite film is Jaws and always will be.

But The Big Lebowski is a very close second.

The problem is though, there are some Coen brothers films I just cannot watch. The Hudsucker Proxy completely defeated me, and I had to give up watching. Why? I don’t know. I seem to remember finding it utterly incomprehensible. I should give it another try. Then there is The Man Who Wasn’t There. The Coen brothers, Billy-Bob Thornton, a noir in black and white? All seemed like a perfect recipe for a perfect movie.

But then getting into a conversation about this on Facebook with Robert Shearman, I found out that he doesn’t get on with The Big Lebowski, but loves The Man Who Wasn’t There.

We at least agreed that Miller’s Crossing is great.

I feel like I need to revisit every film that Joel and Ethan Coen have made.

Just to make sure I ‘got’ them the first time round.