Should You Start at the Beginning, or Somewhere Else?

When reading a book it’s always best to start reading at the beginning and on to the end. Any other way of reading, say jumping randomly from chapter to chapter, or starting at the end and working backwards, well, it’s not going to work, is it?

I doubt anyone has tried reading a novel this way.

(Yes, I know, there are some very strange people out there who like to read the ending of a book before starting it, but even they then go back to the beginning and read the book through from start to finish.)

But what about when it comes to writing a novel?

Is it best to start at the beginning and write through to the end?

Some authors do it this way. Lee Child, for example, sits down at his computer every September and starts writing a new book. Much like the reader who begins reading, he hasn’t got much idea about what will happen. He types the first words, the first sentences, and keeps on going until he has finished the book several months later. And then he sends it to his publisher and takes the rest of the year off until September rolls around again and he starts a new book.

Lee Child is the only author I know of who writes like this.

JK Rowling famously started at the end of her seven book Harry Potter series, writing out the finish to the final book before she had written a word of the first one.

I know of other authors who write by jumping from chapter to chapter and scene to scene until they have finished and then they piece it all together like a jigsaw puzzle.

Richard S Prather explains his writing method like this:

I send considerable time on plot development, typing roughly 100,000 or more words of scene fragments, gimmicks, “what if?” possibilities, alternative actions or solutions, until the overall story line satisfies me. I boil all of this down to a couple of pages, then from these prepare a detailed chapter-by-chapter synopsis, using a separate page (or more) for each of, say, twenty chapters, and expanding in those pages upon characters, motivations, scenes, action, whenever such expansion seems a natural development. When the synopsis is done, I start the first draft of the book and bang away as speedily as possible until the end.

That method of working sounds like utter torture to me.

But then we are all different.

I often start with a loose concept of what I want to write. I might write a very brief outline with an idea of how the novel will finish, and write out a couple of character sketches. And then I’m off. I write from the beginning and carry on to the finish. Except I also revise as I go along. So instead of this linear journey from start to end I am constantly backtracking and then running forward again, often with several detours along the way.

It’s exhausting, but it’s the only way I can do it.

Let’s compare my method of writing to Lee Child’s in graphic form.

Looking at it like that, Child’s method is much more efficient than mine.

But, as I said, we are all different. And I know that if I emulated Child’s way of writing my books would suffer in terms of quality and narrative richness.

If you’re going to read a work of fiction there really is only one way to do it.

But if you’re going to write one, well, there are countless ways of writing it.

It’s up to you which one you choose. 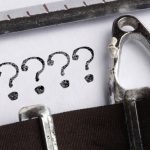 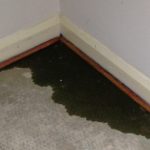