Spoiled for Choice – But is that a good thing?

You kids are just spoiled for choice.

I’m glad to be alive in this easily accessible information overload we live in. I love how I can access almost any movie or television show I want to, quite often within minutes of realising that, yes, I really do need to see the intro to Then Came Bronson once more.

But all this accessibility to stuff has a downside too. Because it’s so easily available it becomes less special in a way.

I waited 15 years to see Sorcerer and when it finally became available I had to travel down to London to watch it at the BFI.

Now, of course, I own it on Blu-Ray and I can watch it any damn time I please.

We don’t often encounter something that is that hard to find anymore. Although it does happen occasionally.

Christian Marclay’s 24 hour film installation The Clock is currently playing at the Tate Modern in London. Now that really is difficult to see. The last time it played in Britain was eight years ago. The film is made up of clips from films and TV around the world, and in every clip there is a reference to the time. The film is also synced to the actual local time, which makes it even harder to see in its fullness as most people only get to watch the sequences available during gallery opening times.

I’ve seen about four or five hours worth, between around 11:30 am and 4:30 pm. I would love to see some of the sequences at night, especially around midnight and the early hours, but it’s not easy. There is a 24 hour screening in December which I might go to, and then in January it leaves the Tate Modern and may not be back for another eight years.

So the fact that I can’t own that film, that I can’t even see all of it without tremendous effort, makes it special.

I have to actually put in some work to view it.

Back when I was a youngster, in ye olden days when we all lived in houses made of mud, and bartered chickens for clothes, most films were out of reach for a good long time, some of them forever. If you missed seeing a new film at the local cinema it was a five year wait at least until it turned up on TV. And then you had to check the TV guide and make sure you were free at the show time and hoped that there wasn’t going to be a power cut.

But there was an upside to all this.

These days I watch TV very specifically. I search for something I want to watch and then watch it.

But back in the old days we had three channels, and that was it. If you fancied watching something, you were stuck with whatever was being shown at the time on one of those channels. And if there wasn’t anything on that was decent enough to enjoy, well…tough.

But the flipside of having your choices made for you like that were, if you stayed up late enough into the night then you sometimes got lucky with a random TV horror movie you’d never seen before.

Here are a few I remember stumbling across.

Starring Clint Walker this film starts with a small meteorite crashing to earth on an island where building construction is about to take place. Of course the meteor has some kind of powerful supernatural force within it which is released when a bulldozer’s blade hits it. The bulldozer then takes on a life of its own and starts killing off all the construction workers, leaving only dependable Clint Walker to triumph over the evil living within the machine.

Yes, it’s as ridiculous and as bad as it sounds.

Much better than that was-

Intrepid reporter Carl Kolchak, played by the marvellous Darren McGavin, keeps coming across vampires, zombies, witches and all sorts of other creatures of the night, but of course nobody believes him. This was actually a short lived TV series on the back of two TV movies, The Night Stalker and The Night Strangler, both written by Richard Matheson. Kolchak is deliriously good fun, with a different monster every week and I highly recommend you check it out.

I’ve already written about the book Salem’s Lot here, but the TV series starring David Soul and James Mason also had a significant impact on my formative years. And how could I not watch it? Based on a novel by Stephen King, with David Soul fresh off Starsky and Hutch, my favourite TV cop duo (now replaced by Jim Gordon and Harvey Bullock of course) and James Mason, a classic actor from many a Hollywood movie.

And it was great, too! Spooky mists in woodland, gothic architecture, a vampire child floating outside a window, it was everything I wanted out of a horror film. And it was directed by Tobe Hooper, director of The Texas Chainsaw Massacre, another film I despaired of ever getting the opportunity to see.

I’m missing many others out here, some of which I have seen and many others I haven’t, but I have to finish today’s post with one of my all time favourite, made for TV, films-

Written and directed by Antonio Mercero, this 1972, 35 minute long Spanish TV film was shown on BBC1 late one night without a single subtitle. And I was gripped throughout its running time right through to the ending. The premise is simple. A man gets trapped in a telephone box and several passersby try to set him free.

I’d love to say more, I really would. I’ve just watched it again, for the first time since the late 70s, and it is brilliant.

But to say more about it would spoil it for you.

Watch it right now, with the lights down and nobody else in the house to disturb you. La Cabina demands your complete attention.

And then come back and tell me what you thought of it. 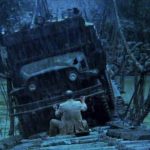 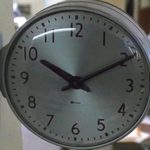