It all started with Jaws.

Most things in my life start with Jaws.

That film is a cornerstone in my life, seeing it for the first time was a watershed moment.

No, not the shark.

There’s a whole separate post waiting to be written here about how Scheider really should have won the Oscar for best actor that year. He wasn’t even nominated, and the best actor Oscar went to Jack Nicholson for One Flew Over the Cuckoo’s Nest.

Looking back now, I think a large part of what happened with me is that I didn’t become obsessed with Scheider the actor, I became obsessed with the character he played.

Martin Brody was a father I could relate to in one way, and that was his working class background.

But in other, more important ways, I couldn’t.

For example he was a family man, around for his children and his wife.

I think Chief Martin Brody was the father I wanted, but didn’t have.

Anyway, that’s not what I came here to talk about today.

What I wanted to talk about is the 1977 film Sorcerer.

Although it has achieved a certain positive reappraisal since its first release, Sorcerer was originally a critical and commercial disaster. Director William Friedkin claims that Sorcerer is the film he is most proud of, despite the fact that it almost finished his career off.

Of course I found out about Sorcerer because Roy Scheider was the star. I needed to see this film.

But, because it was regarded as such a turkey, it never got shown on television.

Scheider and Friedkin first worked together on The French Connection in 1971.

William Friedkin had been a risk for the studios, with only four features made before The French Connection, none of which had made much of an impression.

But now Friedkin was hot property and he moved straight onto his next film, The Exorcist.

Now come on, you don’t really need me to tell you about The Exorcist, do you? Another smash hit for Friedkin, both commercially and critically it seemed this particular director could do no wrong.

Friedkin had long wanted to to remake Henri-Georges Clouzot’s 1953 film The Wages of Fear.

The plot centres on four desperate men on the run who are hiding in a South American village, and are offered the chance of freedom if they will agree to drive unstable nitroglycerin through storm ravaged jungles to put out an oil well fire. The film was shot on location, the actors performed most of their stunts and the danger was very, very real.

As filming dragged on the budget ballooned and Friedkin fell out with most of the crew and the cast. Although quite a few members of the production had to return home due to bouts of malaria and even gangrene, Friedkin’s volatile personality also meant that many more were sacked. Roy Scheider recalls telling Friedkin that the director had to stop firing people or there would only be the two of them left on the set.

Looking back on the making of the film in an interview many years later, Scheider also recalled, “I was rehearsing to stay alive… When we got to the Dominican Republic, I appreciated all that practice (driving the trucks) back in the States. Billy’s approach to Sorcerer ruled out rear-projection or trick photography. The actors, the vehicles and the terrain were too closely integrated into the composition of each shot. So what you see in the film is exactly what happened.  When I take a mountain road on two wheels, on a road with potholes the size of shell craters, that’s the way it was. No one but Billy Friedkin could have persuaded me to take the insane chances I did. But when it was over and I looked at the rough footage I knew it was worth it.”

Finally ready for a release, the film came out only a week or two before another little known, tiny movie called Star Wars.

“We’re being fucking blown off the screen!” Sorcerer editor Bud Smith complained after going to a cinema and seeing the trailer for Star Wars follow Sorcerer’s grim, dark and downbeat trailer.

Well, I finally got to see Sorcerer for the very first time twenty years later at a showing at the British Film Institute. You know, you kids are lucky. You can pretty much watch or listen or read to whatever you want to by downloading or streaming it. Back in 1997 the internet was still in its infancy and even DVDs hadn’t yet made a big splash. Sorcerer was a film I had been aching to see for years, but never had the chance due to its largely negative reputation.

But now here was the BFI screening the film for a week and championing it’s reevaluation.

I hunted far and wide for a friend to come down to London with me and watch this little known classic of 70’s cinema but no one was game. Eventually my wife relented and said she would come.

That afternoon as I was trying my best not to leap around our living room with excitement we saw on the news that there was a storm headed the UK’s way and the police were advising that no one should risk traveling unless it was absolutely necessary.

My response to that was, yes, this is absolutely necessary!

Mrs Preston asked if she could take her Walkman with her in case she found the film boring, but I wouldn’t let her on the grounds that this was the British Film Institute not some flea pit cinema in Dudley.

We drove down to London in pouring rain and howling winds and really, that was quite appropriate considering the film we were about to see.

Sorcerer was everything I had hoped it would be.

Even Mrs Preston said she enjoyed it as we left the theatre for the drive back home.

(Some ten years later she admitted to me that, not wanting to hurt my feelings, she had lied and that actually she had hated every second. Understandable really when you consider that she regards Nuns on the Run as the greatest film ever made.)

Well, that was that, ambition achieved.

Except, I wanted to watch it again. One viewing only wasn’t going to do it for me.

As I said earlier, the DVD revolution was just around the corner. A couple of years later I found a DVD copy of Sorcerer but the quality wasn’t very good and the screen ratio was 4:3 (old fashioned TV shaped) rather than 16:9 (widescreen).

Still it was better than nothing.

Well folks, here we are, twenty-one years after that first viewing at the BFI, and forty-one years after it was first released and I now have a restored, widescreen, high definition blu-ray version. Like I said, you kids are lucky.

The film arrived this week, along with a brand new multi-region blu-ray player.

Have I watched it yet?

I’m going to watch it soon, though.

And it’s going to be great.

After that I’ll be showing it to Thing One and Thing Two as part of their education in the history of cinema.

For more information on Sorcerer this is a great resource – https://sorcerer1977.wordpress.com 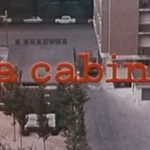 Spoiled for Choice – But is that a good thing?Movies
Loading Comments...