Do We Really Need Any More Books?

Does this poor old world of ours really need any more books? Aren’t there already enough of them out there to keep us going?

I’ve written twelve of them, well actually I’ve written more than that but I’ve published twelve of them. With all the books already out there filling up the bookshelves both virtual and digital, what makes me think the world needs another book? That anybody would even bother reading it?

In 2010 Google reported that there were 129,864,880 books in existence. This accounts for all the books ever published in the history of mankind. But when you take into account that in the United States of America alone in 2013 it was estimated that there were between 600,000 and a million books published each year, then that figure is now a few million higher.

So why should I be adding to that number? Why on earth do I think that my infinitesimally small drop of work is worth adding to the tsunami of literature that we are currently deluged with? And even if it is, how will I ever hope to get noticed amongst all that noise?

And it’s not just literature and authors that is making all that noise. Television, computer games, social media, when stacked against those things books are actually turning into a niche activity.

And yet still we keep writing them and publishing them.

Back before the home computer if you wanted to write a book you had to type it out, something my eleven year old son does, by the way. He writes his stories out on a typewriter and then gives them to me to transcribe onto the computer.

So yes, the author had to type his book out on a typewriter, and there was no delete key and copy and paste function. And contrary to the popular image of the author sat at his desk, his feet buried in a small hill of screwed up sheets of paper, no writer would waste paper like that. It cost too much. In fact, American crime writer Lawrence Block used to buy the most expensive paper he could get his hands on to discourage wastage and mistakes.

And so, once you finished that novel and you wanted to send your manuscript out to a publisher, well you had to type the whole thing out again, because that publisher was likely to lose your manuscript and if you didn’t have your own paper copy you no longer had a novel. And yes, the publishers often lost manuscripts and so if you wanted to send it off again you had to type the entire novel out once more, and for as many times as you sent it out and the publisher then lost it or returned it to you covered in coffee stains and creases.

Imagine doing that with Lord of the Rings or War and Peace.

You had to be tough to be an author back before the home computer was invented.

But now? Now we have computers and it used to be that you could print as many copies as you wanted off with the click of a button, but now you don’t even have to do that as you can email your manuscript in.

In fact, forget that bit about submitting your manuscript to a publisher, it will probably just get rejected anyway. You can self publish now with ease. And Amazon let you do it for free on their Kindle platform.

Digital technology has made it easy for everyone to be a published author. All you need is access to a computer and the internet.

No wonder we are drowning in that tsunami of books.

So why write another book? What’s the point when everybody is doing it?

So I’m kind of doubling down on the problem really, as I am not only writing books but encouraging and enabling others to do the same.

But that’s because we need books. We need authors and writers. We need those people in society who are slightly odd, slightly weird. The ones who get up early in the morning to write before the rest of the world wakes up, the ones who would sometimes rather spend time with imaginary friends than real ones, the ones who complain about all the projects they have on the go, despite the fact that they are all self imposed and could be dropped without any repercussions whatsoever.

And books are miracles. Miracles of communication and empathy. At the very least a good book will entertain us, help us escape for a while into a different, and quite possibly more dangerous life, while allowing us to step back into the comfort of our own life by the simple act of closing the book.

And who hasn’t had their emotion stirred by a book? This summer I read A Little Life by Hanya Yanagihara, and was left devastated by its moving portrait of friendship and trauma.

As a child I loved reading.

It was through my love of reading that I finally discovered the facts of life. School had let me down, and so had my parents, but my ignorance was finally dispelled when I read The Fog by James Herbert. Stephen King had me too scared to look in the bathroom mirror for many years after I read The Shining and Guy N Smith reduced me to a blubbering wreck with his description of giant mutant crabs scuttling up the beach and snipping arms and legs off their victims in Night of the Crabs.

I love writing and I love reading, and maybe the world doesn’t need another book, but actually I don’t care.

And I love it when readers email me and tell me how much they love Joe Coffin, not just the books but the man himself. By the way, Joe Coffin is a big hit with my female readership. Not sure why, because he’s a big, ugly brute of a gangster who doesn’t think twice about dealing out violence and death according to his own moral code. I asked a female friend of mine who is a big Joe Coffin fan, what is it about him that all you women love so much? The only answer she could give me was, “Well Ken, us girls like a bit of rough sometimes.”

And that’s why I write books too. The connections I make with people through my writing. This amazing miracle, whereby I type words onto a computer and then somebody else reads those words and they get it.

They really and truly get it.

That’s a special connection made between two people who will most probably never meet.

A connection made through books.

And that’s why we need more of them. 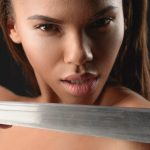 I’ve No Idea What it Might be AboutShort Stories, Writing 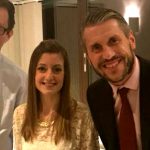 Feel the Fear and Do It Anyway.Books, Life
Loading Comments...