No, I haven’t just invented a new insult, or swearword. Although I suppose it might work. Perhaps I should try it out, the next time I’m annoyed, or I want to get rid of someone.

“Oi you! PIF off, you piffing piffer.”

PIF is an acronym for Public Information Film, and if you’re a child of the 1970s and you spent your school summer holidays splayed in front of the television all day, then you will have seen plenty of these and you probably have fond memories of them.

Ah yes, school summer holidays in the UK was all about the television. We had the Banana Splits, Tarzan, White Horses, Scooby Doo and any other cheap programming that the BBC and ITV could find to fill up the schedules for bored children. Strangely, the children’s entertainment would finish at noon and be replaced by episodes of Crossroads and Crown Court. It was as if the programmers assumed us kids would all be bored witless by this point, and would actually get off our arses and go outside to play.

Which is perhaps one reason why the schedules were always so full of Public Information Films.

PIFs came in many varieties, all warning of the various dangers that awaited us as soon as we set foot outside of the front door. Or the back door in our case. We were one of those families that used the back door as the main exit and entrance in our house. If anyone came and knocked on our front door we often had a devil of a job finding the key for it, and would usually wind up shouting through the letterbox, ‘Come round to the back door!’

You have to remember, this was in a time before  we had the choice of a gazillion channels, streaming, computer games and the internet. I’d love to be a kid on school summer holidays now. When I was young we had three channels to choose from, and I’m pretty sure BBC2 didn’t start broadcasting until later in the afternoon. And the regular scheduling was often interrupted by the Public Information Films.

They had their own attractions though. Especially for someone of a darker emotional makeup like myself.

Let’s take a look at Lonely Water first. Featuring Donald Pleasence as the Spirit of Lonely Water, this mini horror film is only saved from being utterly bleak by having an ending where the children win against the spirit, although in this pre-Terminator short film he does promise, ‘I’ll be back!’

In this short film about the dangers of messing about with fireworks there might not be a sinister spirit looking to cause some deathly mischief, but there is a sense of Wicker Man style horror with motionless children gathered in a field, a bonfire, a haunting flute melody and a sudden reveal of the horror in the final shot. I’m surprised I could sleep at night, especially if I had seen this on the same day as Lonely Water, although that was probably unlikely as the two were aimed at perilous activities undertaken in different parts of the year.

Now I happen to have a soft spot for this particular short film. I mean, it all starts off so happily, with that cheerful music and the woman busy cleaning her house and looking so … happy. Except, this is a PIF, so we know things are not going to end well. And when we get that almost subliminal shot of the huge mantrap waiting for its next unsuspecting victim, well…

And I can’t help but think the narrator sounds a little smug at the end.

So far we’ve had several drownings, a blinding due to fireworks and a new dad slipping and falling on a polished floor. His fate remains unknown, but from the shocked faces of his wife and mother (or mother-in-law, and nope, no Les Dawson style jokes from me here) it looks pretty bad. Let’s ramp it up a notch, shall we?

How about death by electrocution?

Or how about a very Hitchcockian countdown to a tragic accident?

Then of course there is that 70s favourite threat from abroad: Rabies. This is a short horror of almost Cronenbergian proportions.

And finally, there is this triptych of horror known as The Blunders. Mixing comedy with horror, these three short films go all the way with their graphic portrayal of heads smashing through car windscreens. Perhaps these three short films could have done with a little more blood, but they were shown during the day, well before the watershed.

Let’s finish on a lighter note, shall we? Here are the mighty Morecambe and Wise talking about the dangers of drink driving. 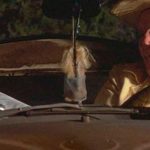 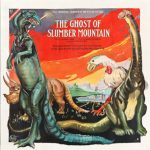 Willis O’Brien and The Ghost of Slumber MountainMovies