Nuns on the Run – The Greatest Movie Ever Made?

I took Thing One and Thing Two to see Jaws last Sunday. They’ve both seen it before, of course, on DVD. And I have seen it so many times I have lost count, but we’re easily talking three figure numbers here.

Yes, you got me, I’ve no idea what I am talking about there.

Anyway, the cinema was full, which I find always helps with atmosphere, and the film looks fantastic in its restored, digitised 4k version with all the bells and whistles and knobs on.

And it holds up well forty-two years on from its original release. What really struck me upon viewing it this time was the biggest difference between Jaws, released in 1975, and modern movies being the long takes in the older film contrasting with the hurried quick-fire editing of modern films.

Yes, I know, I’m turning into an old fart. But honestly, I get so confused sometimes with the rapid editing of the action in these modern films, which I am supposing is there to try and generate some excitement in the audience.

All it does for me is give me a headache.

Afterwards I asked the boys what they thought of it and of course they both said they loved it, which is sort of a required answer if I’m completely honest. Although, Thing Two did say that if he had remembered the scene where the head pops out of the hole in the boat he would have thought twice about seeing the film again.

I love that film, I really do.

And I have already written about it here and here.

And if you have ever met me in the flesh than you have probably had to listen to me bang on about how it is the best film ever made in the history of man, or something.

Which it is, obviously.

And you can read why here and here, and why Mark Kermode thinks Jaws is ‘One of the truly great and lasting classics of American cinema’ here.

The surprising thing is though, not everyone agrees with me.

No, seriously. She does.

Of course what we’re all saying is, ‘this film is my favourite film.’

Which is very different to saying this film is the greatest film ever made.

And we are all products of our time and place of birth, of our upbringing and our exposure to literature and art. In other words, we all bring our own baggage to the movie theatre or the television screen, which then filters our appreciation of the film we are watching. And so the argument for the greatest movie ever made will go on and on, amongst film critics, amongst film fans and geeks.

Except for when it comes to Jaws.

Because Jaws is the greatest film ever made. 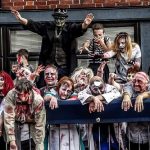 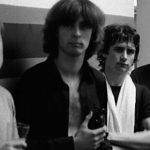