This week I really wanted to talk about Avengers: Infinity War. There’s a lot we need to talk about, to unpack from that film. Especially those last five minutes.

But talking about Infinity War would involve spoilers, so I’m not going to do that.

Instead, I’m going to talk about Nothing.

To be honest it’s going to be hard work talking about Nothing without spoilers, as the author Janne Teller found when she talked about her own book during a seminar on writing for young adults, at the Read On! Conference I recently attended.

So instead, let me take you through the reception this bleak, chilling, spare young adult book about the meaning of life received when it was first published.

Nothing begins with Pierre Anthon standing up from his desk on the morning of the first day back at school after the summer break and announcing, “Nothing matters. I’ve known that for a long time. So nothing’s worth doing. I just realised that.”

And with that he collects his school bags and leaves. He goes and sits in a plum tree and pelts his school friends with plums, shouting existential statements at them, such as, “It’s all a waste of time! Everything begins only to end!” and “The earth is four billion, six hundred million years old, and you’re going to reach one hundred at the most. It’s not even worth the bother!”

The book’s narrator and her group of friends decide they need to do something about this situation. They can’t stand to listen to Pierre Anthon any more. Maybe because secretly they feel he might be right. So they decide to gather together a collection of things that have meaning in their lives and place them in an old, disused sawmill. When all of the group has contributed something of meaning they will force Pierre Anthon to go and see their heap of meaning, and he will realise that he is wrong.

The game begins innocently enough, with the children bringing old toys and books. But as the pile grows taller they soon realise that nothing they have collected so far means very much.

And so the story takes a darker turn as the children seek to collect those things that do have meaning so that they can prove to Pierre Anthon that he is wrong when he says nothing matters.

On its publication Nothing received a hostile reception and was initially banned in the author’s native Denmark.

Janne Teller was asked about how she felt about this at a Q&A.

Initially it was just a shock to me and I couldn’t understand why ‘Nothing’ was banned. It has no sexual content, no foul language, and compared to computer games, crime novels or vampire fiction, there’s very little violence in the book. It took me a long while to realise that it’s the fear of the questioning of all that we normally take for granted in society that made some adults so uncomfortable with the book that they wanted it banned.

Unfortunately it says a lot about the state of European thinking today that a book could be banned solely for questions it asks!

As I read it I was consistently reminded of William Golding’s Lord of the Flies, which is curious to me as the last time I read Golding’s book was at school, when I was forced to study it for my GCEs. (Yes, I said GCEs, not GCSEs. I really am that old.)

I didn’t much enjoy Lord of the Flies, but Nothing had such a profound effect on me that I immediately ordered myself a copy of William Golding’s book to read once more when nobody was forcing me too.

Although I strongly disagree with censorship I can understand the Danish authorities’ wish to ban Nothing. The questions it asks, and the lengths that the children go to, to find answers, or at least to turn away from the answer they fear is staring them in the face, is disturbing and bleak. Far more powerful than fictional violence and foul language.

When I heard her speak about the book, Janne Teller said that there is hope at the end of the story, despite how bleak it had become.

Maybe there is, but it is a tenuous, questioning sort of hope.

When I think about the need to ban Nothing, I do wonder if the people who read this book (if they even read it) and then decided to ban it were living with their own fear that nothing matters. Had they stared into the abyss like Pierre Anthon and come to the same conclusion?

But by banning the book what were they trying to achieve? To protect young minds? To keep the status quo? After all, if the young people of Denmark were allowed to ask the questions in Nothing and then make up their own minds about the answers, wouldn’t there be a danger that Danish society might well collapse? Especially if, like Pierre Anthon, they came to the conclusion that if nothing matters, then nothing is worth doing anymore.

When I finished reading Nothing this morning, my own response was a whispered, “Bloody hell.”

And I have been thinking about it all day.

Is it a dangerous book?

Would I let my own boys read it?

Will I encourage them to read it? 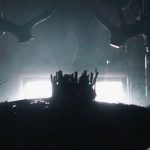 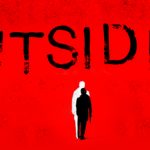