My Top 6 Tips For Surviving a Zombie Apocalypse

Zombies are everywhere right now. I blame Robert Kirkman and Frank Darabont. Zombies had been shuffling along in their brain dead way, powered mainly by the occasional film from George Romero, and a few pale imitators when suddenly word came out that there was a TV series arriving called The Walking Dead, and it was rumoured to be really, really good.

Well, the rumours proved correct, and The Walking Dead turned out to be not only good enough to still be running ten seasons later, but it seems to have kick-started a whole new fascination with those brain-munching, conversationally stunted and hygienically challenged aimless shufflers.

And so it got me thinking, what would I do if I woke up tomorrow to find the zombie apocalypse had arrived whilst I slept?

Assuming that Mrs Preston and Things One and Two hadn’t been turned during the night, here is my top six list of survival tips for us to survive the Zombie Apocalypse, Preston style.

Because I couldn’t stretch to ten that’s why, now shut up and read the list before you get munched!

I’m going to assume that we had been hearing about infections happening abroad and so, being the zombie-savvy kind of guy I am, I’d already started taking precautions. Mainly these precautions would have involved trips to Waitrose to stock up on tinned food and Snickers bars.

I love Snickers. Chocolate and nuts in a bar, who could resist? Also a nutritionally high value snack item. Chocolate to give you energy, which will come in handy with all that running away from zombies we are going to be doing, and nuts for protein to build muscle mass, which I guess I’m going to need plenty of as I’m thinking that surviving a zombie apocalypse probably involves a lot of manual labour and DIY. Speaking of which…

I need to start honing my DIY skills. At the moment, said DIY skills consist of being able to change a light bulb and (sometimes) hang a picture on the wall. Somehow I don’t think either of those skills will come in much use during a zombie apocalypse. Mrs Preston once asked me to change an actual light fitting. I said no. After much encouragement on the part of Mrs Preston I finally agreed to give it a go. By the time I had finished, when I tried switching the light on, the toilet flushed instead. Mrs Preston called an electrician.

But I get the feeling that after the zombies have arrived I will need to be able to build and set traps, maintain and fix cars, maybe even build us a fortified cabin in the wilderness. As Youtube won’t actually be a thing anymore, along with Facebook, Twitter and JustEat, I’m thinking I had better stock up on some DIY manuals along with a visit to B&Q for those essential tools of the trade.

Right, so now that we have stocked up with tins of food and a gazillion Snickers bars, along with drills, hammers, saws, etc, and a few hefty manuals on how to use them, not forgetting water, clothing and a typewriter (what, you think I’m going to stop writing books just because of a few pesky zombies?) we need to think about how we are going to transport all that clobber. After all, it seems that everybody has to leave home at some point during a zombie apocalypse.

Cars aren’t going to be much use after the first few months of this brain-munching new world order as petrol has a very short shelf life. That’s right, petrol has a storage life of three to six months. After that we’ll need to start making our own fuel, or find a different form of transport.

My preferred option would be to get out of town quick before the petrol supplies either a, run out or b, become useless. But where would we go?

The less populated, the better, right? Somewhere in the far wilderness, where there was hardly anybody alive to be turned into a zombie in the first place. Unfortunately, living in the West Midlands in the UK, the nearest I get to isolated wilderness is when I am in my cellar. And we can’t live down there. Where on earth would I put my vegetable patch?

The nearest thing we have to any kind of wilderness is the Welsh mountains. It rains a lot in Wales, so at least we should be okay for drinking water. And there are plenty of sheep too, so it looks like roast lamb for dinner every night, and lamb sandwiches for lunch.

Assuming we get to a perfectly isolated spot in Wales, and that I manage to build us a new, fortified home without killing myself, the next major problem in the way of our survival will, of course, be Thing One and Thing Two. I just cannot see how they will cope without Minecraft, Netflix, and Youtube.

Actually, coping without Netflix is going to be a struggle for me too, but in those first few months I’ll be too busy learning new DIY skills and working out how to prolong my stash of Snickers bars without rationing myself too much, to notice an absence of Netflix in my life. But the kids? Oh boy, they’re going to suffer.

And when they’re suffering, they tend to make sure that me and Mrs Preston suffer too.

I suppose that we should get to the part where we actually have to deal with some zombies. As we’re living in the wilds of North Wales, I’m thinking there won’t be many zombies around anyway, but the ones that there are will have been hikers and ramblers when they were alive so unfortunately they will probably be pretty hardy and good at navigating.

It looks like I’m going to have to do some fighting. The first thing I need to do is find myself a machete. That’s not going to be easy. I’m kind of wishing I’d bought that signed Samurai Sword off David Carradine when I met him at ComicCon several years ago.

Failing that, I suppose I will have to make do with a nail studded cricket bat. And, I will get to use my new DIY skills by hammering nails into the cricket bat.

There you go, my top six tips for surviving a zombie apocalypse. What do you think my chances of survival are? 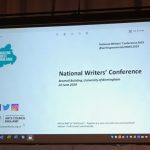 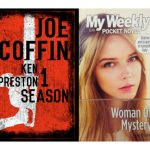