I Lost a Dear Friend on Friday

On a Thursday morning in late July 1964, the author Harry Crews was sleeping late. He was awoken by the sound of his wife screaming. He scrambled out of bed and found her at the front door, surrounded by a group of kids.

No parent should be orphaned by a child, but that is what happened to Harry Crews and his wife Sally that day.

The odds were against it happening. Their boy was playing in the back yard, in an enclosed space from which he could not go wandering off on his own. The neighbour’s swimming pool in which he drowned was also closed off. The family who owned that swimming pool were away at the time, but they were aware of the dangers of a pool with young children around and always took special care to make sure it was secured.

But other, older children, were out that day. And they peered over the yard fence at the young Crews boy and urged him to come out with them. They helped him climb over the fence so they could get up to whatever young kids got up to back then. One of them decided they should investigate the garden with the swimming pool whilst the family were away, and found a way in.

And the young Crews boy looked at the swimming pool and decided he would go for a paddle in the water.

By the time Harry got to him, his son was floating face down in the water. Harry pulled Patrick out of the water and tried resuscitating him, using techniques he had learnt during his time in the marines, but it was too late. Later the doctors would declare that the young boy, in his panic, had been sick and the vomit had caught in his throat and choked him.

A friend of the family described Harry and his wife Sally as being desolate with grief, that it hurt so much to look at them you felt an urge to turn away.

But within a week Harry was back at the university, teaching his creative writing classes.

Later he would say, when a disaster such as this strikes you need to weep and wail and gnash your teeth, shake your fists at the heavens and rage over it for a few days. And then you need to pick yourself up and put it behind you, and get on with your life.

I lost a friend to cancer a couple of days ago.

I haven’t raged and gnashed my teeth, but I have cried and I have spent time thinking about and remembering my friend.

I expect I will cry some more too, in the coming days and weeks, and there will be more time to remember holidays and days out and evening meals spent together.

But I also recognise the moment has come to pick myself up and get on with life. My friend left a family behind who will need our love and friendship and support. And I have my own family too.

But life goes on. 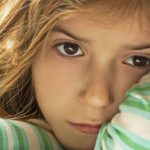 Growing up is Hard to doLife 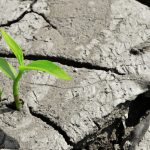 Three Strategies I Have Used to Combat DepressionLife