I took Thing One to see Joker this week. Thing Two, unfortunately, is not yet fifteen, and so had to stay at home. He wasn’t very happy. As soon as Joker is out on DVD, I will let him watch it. To be honest, we could have smuggled him into the cinema without resorting to giving him stilts to walk on, a false beard, and a pipe. He’s tall for his age and the ticket collectors weren’t paying any attention anyway. Me and Thing One just walked right past them.

I hadn’t really been up for going to see Joker myself, but when Thing One said he wanted to go see it I agreed to take him.

‘But first,’ I told him, ‘we have to sit down and watch The King of Comedy.’ 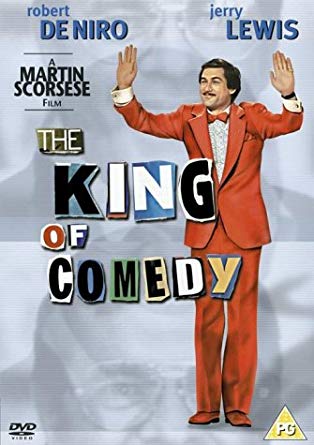 There are a few reasons for this, but here are the most important.

Anyway, enough of that. So we watched The King of Comedy and I discovered that it is even better than I remembered. Simply wonderful.

We also watched a clip from You’re Never Too Young, a Dean Martin and Jerry Lewis film from 1955, just to put Jerry Lewis’ role in The King of Comedy in context. 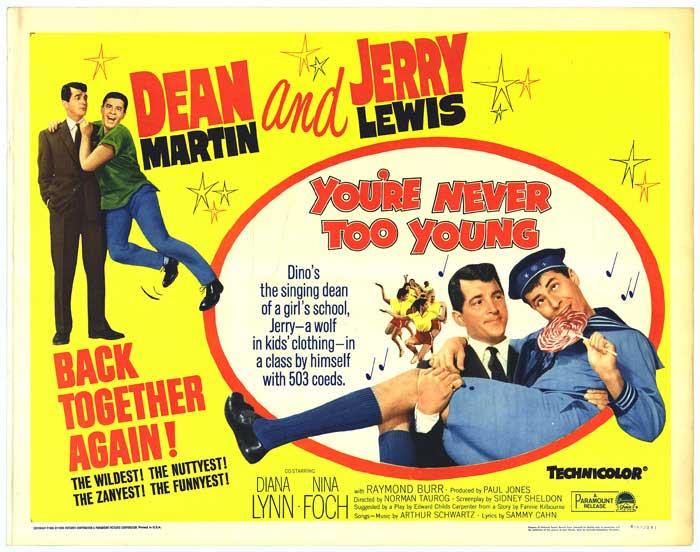 Cinema history out of the way, we were ready to see Joker.

(Watching a film is never a simple procedure in our family, not with me in charge, anyway.)

I have mixed feelings about this film. 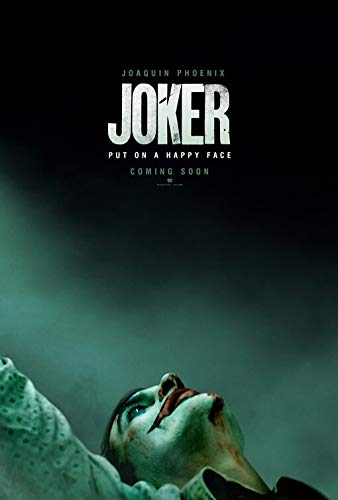 Certainly Joaquin Phoenix puts in a brilliant performance as Arthur Fleck, an aspiring comedian who believes chat show host Murray Franklin (Robert De Niro) will be his ticket to fame. Here we have the first nod to The King of Comedy, as Fleck’s journey echoes Pupkin’s. There were plenty of other nods to Scorsese’s brilliant satire of the quest for fame along the way, which was great, except…well, they just kept reminding me what a superior film The King of Comedy is.

But I’m not going to labour that point too much. After all, Scorsese is up there on his own as a film maker.

I loved Joker’s cinematography, and the look and feel of Gotham. Another Scorsese film, Taxi Driver, sprang to mind.

And Fleck is a sympathetic character, to begin with at least. The poor guy just never gets a break, he’s struggling with a disabling and embarrassing affliction in the form of bouts of uncontrollable laughter, and he is bullied and insulted at every turn. He also has severe mental health problems, although these are never specified, and this is where the movie starts to grow a little murky.

Is Joker guilty of propagating the myth that mental health sufferers are a potential danger to society? I’ve heard that accusation, and I can see some sense in the argument.

The counter argument might be that it is the bullying and shaming that tips Fleck over the edge into a violent psychosis, not his mental state. And Joker does a great job of showing Arthur Fleck’s journey from an ordinary, if depressed, man to deranged psychopath.

I’m going to leave that argument alone, because that is not what really bothered me about the film.

Much like the Joker himself, the film seems to have an identity crisis.

On the one hand it wants to be an Oscar contender, a Martin Scorsese film, a serious study of a man on the edge.

It doesn’t want to be a comic book movie.

Joker struggles with this, desperate to be something else, pleading to be taken seriously as a film in its own right. And that weighs it down a little, and prevents it from being a truly great Batman movie.

I highly recommend you go see it though.

Final Verdict: A solid two thumbs up from me.