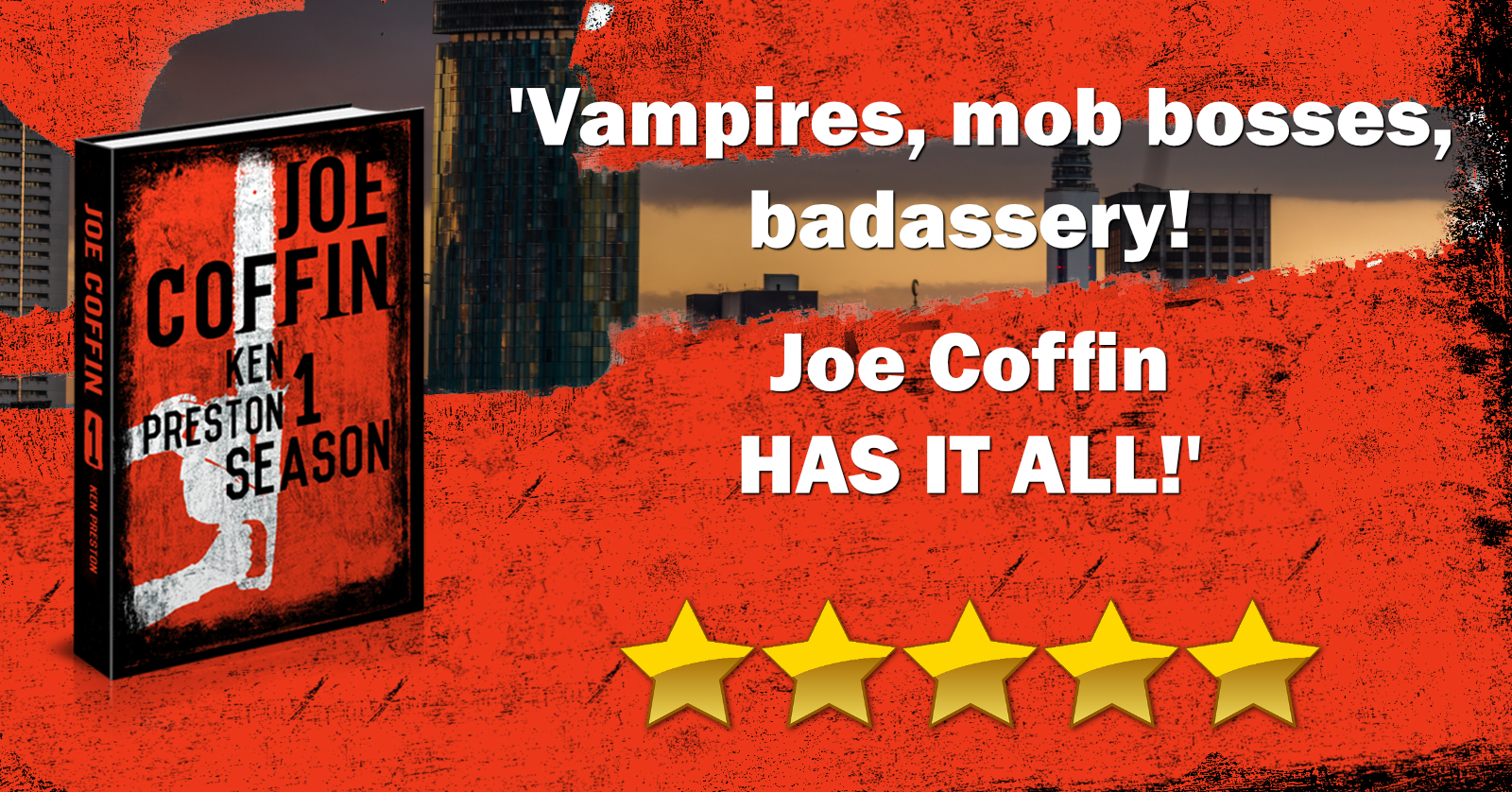 GET JOE COFFIN ON AMAZON

Joe Coffin, Season One is the first book in a brutal vampire thriller series set in the British underworld. If you like hardcore characters, page-turning suspense, and gory crime mysteries, then you’ll love Ken Preston’s supernatural horror thriller. 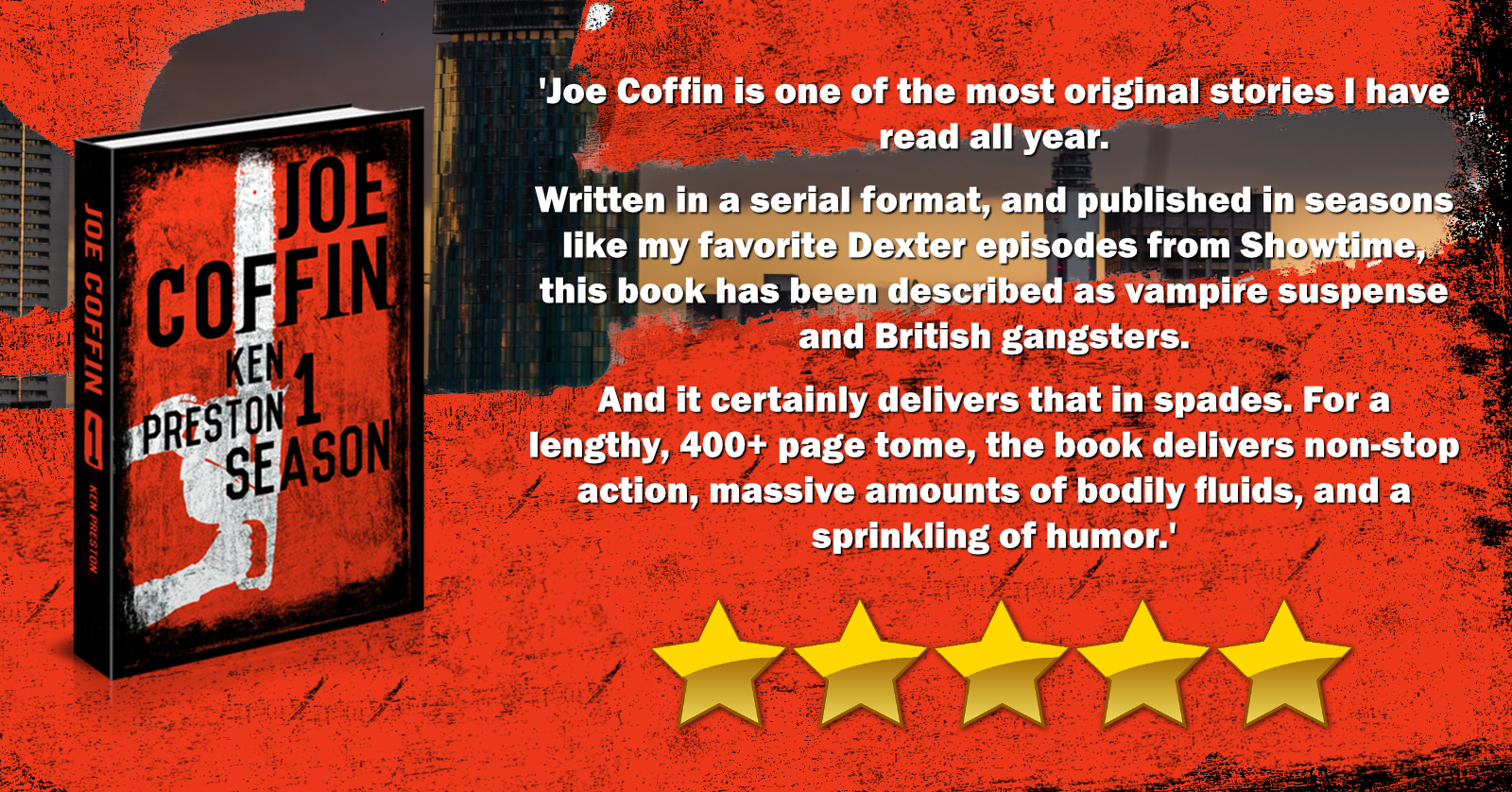 GET JOE COFFIN ON AMAZON 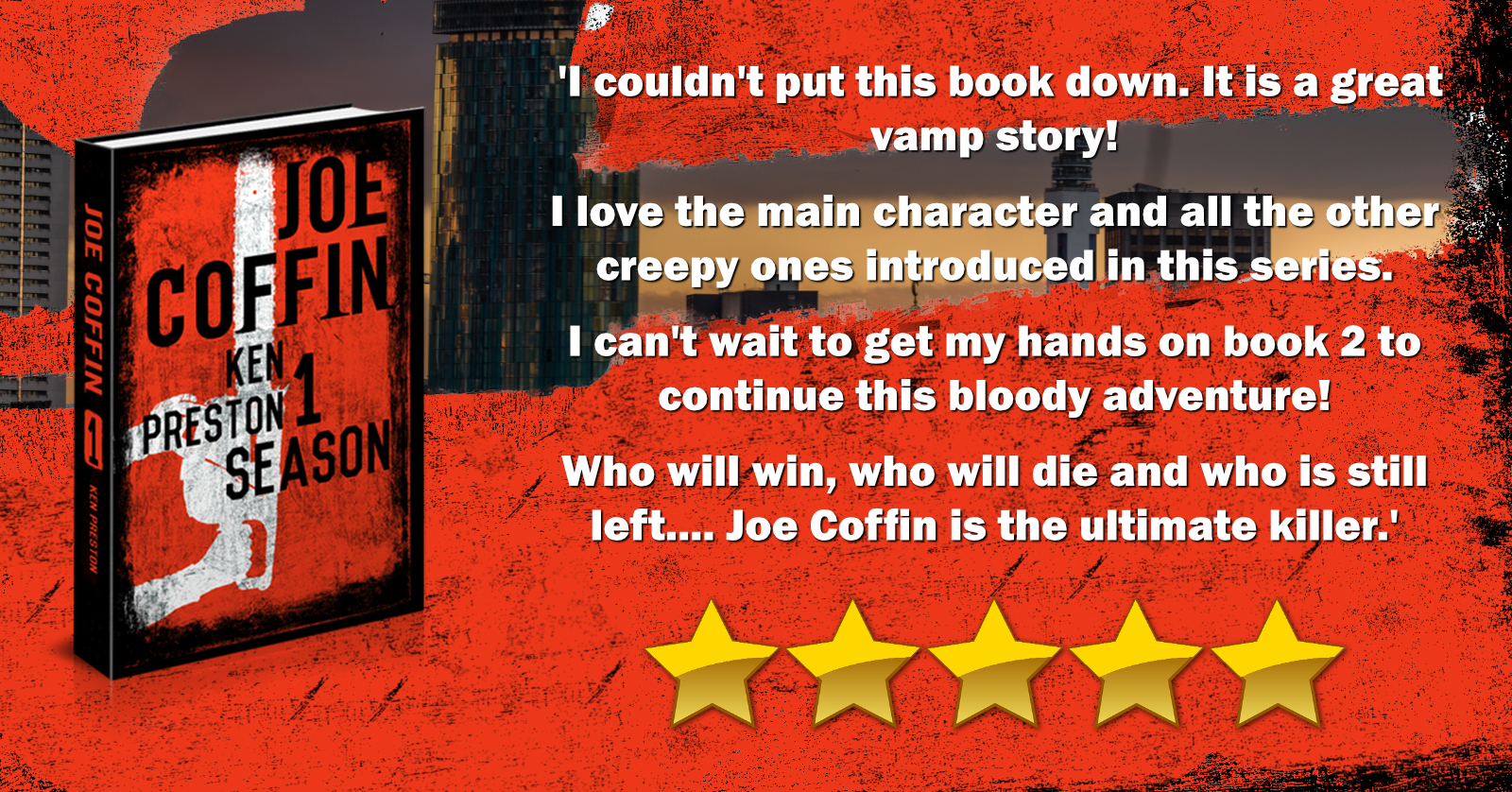