In 1974 James Ferman, secretary of the British Board of Film Classification attended a British Film Institute screening of The Texas Chainsaw Massacre. At the film’s finish he is reputed to have said,

“It’s all right for you middle-class cineastes to see this film, but what would happen if a factory worker in Manchester happened to see it?”

Ferman would refuse to give the film a certificate for general cinema release for another twenty-four years.

Flash forward a few years from 1974 to 1982 and a certain son of two factory workers (not in Manchester, but Rossendale, Lancashire which is close enough) borrowed The Texas Chainsaw Massacre from his local video shop. 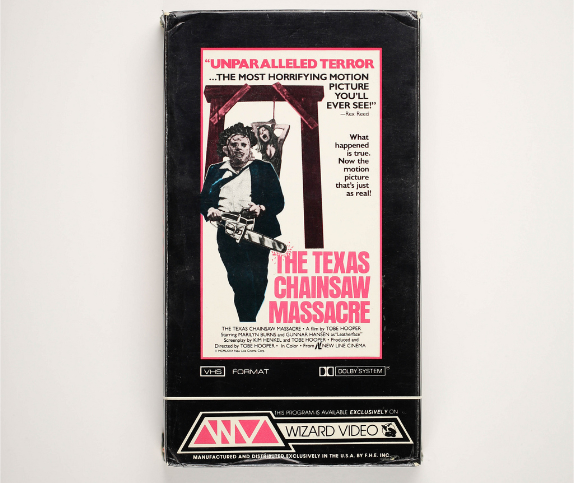 He took the V2000 video tape home and, with trembling hands, inserted it into the video machine and sat and watched all those horrors that he had been hearing about for so long unfold whilst his parents (who worked in a factory remember) kept out of the way in the other room.

So, those factory workers from near Manchester refused to watch The Texas Chainsaw Massacre, but their son watched it.

And now, all these years later, he is the author of the Joe Coffin books.

Hmm, I doubt there is a direct correlation between those two facts but I certainly suspect the one had an influence on the other.

What happened then, to that son of those two factory workers from near Manchester?

And why, although they worked in a slipper factory, did they only ever seem to make shoes?

I’m sorry to say this, but I have no answer to that second question, but here goes on the first.

I grew up with a love/hate relationship with horror films and books, I went to art college, worked in the NHS for many years (where I saw more dead bodies and guts and gore than most horror movie fans have) and now I am an author. And, by the way Mr Ferman, I also visited the BFI several times and subscribed for many years to their publication Sight and Sound.

In other words, nothing sinister happened to me, I’ve never had a desire to pick up a chainsaw and massacre anyone in Texas with it, and I’ve had a perfectly normal, innocuous life.

I wonder how many middle class cineastes can say the same?

So how did I manage to to view The Texas Chainsaw Massacre when it had been refused a certificate for general release at the cinema?

That videotape of The Texas Chainsaw Massacre I borrowed on the recommendation of the shop owner had no certificate. Theoretically anyone of any age could have borrowed it. The home video industry was so new that there was no legislation in place requiring distributors to submit videos for classification.

My friendly neighbourhood video shop owner also recommended I Spit On Your Grave, a rape revenge story starring Buster Keaton’s niece. Somehow, despite my love of horror, I never quite fancied watching that one and it still remains unseen on my part to this day. Then there was The Hills Have Eyes, which I didn’t get around to watching until many years later and then found it to be fairly tame, if unpleasant.

Anyway, I was there in the pre-certificate days and had a glimpse of some of the films that would offend Mary Whitehouse so much.

Ah yes, good old Mary Whitehouse, a devout Christian and moral campaigner, she was notorious for spending hours every day writing letters of objection about the filth that she perceived being transmitted into the nation’s homes. Even the venerable BBC came under her withering spotlight, with Sir Hugh Greene, Director General of the BBC, remarking that “she would have been at home in Nazi Germany or Communist Russia.”

In an own goal of apocalyptic proportions it was Go Video, an independent video distributor of the day, who inadvertently lit the touch paper of moral indignancy and brought about the banning of seventy-two movies in the UK, some of them still banned today. In an attempt to drum up some publicity for their release of Rugerro Deodato’s 1980 movie Cannibal Holocaust, Go Video sent a copy of the film along with a faux letter of outrage to Mary Whitehouse, head of the National Viewers and Listeners Association (NVLA).

Mary Whitehouse immediately  coined the term ‘Video Nasties’, and demanded action be taken to remove this filth from the shelves of video shops.

With the newspapers also clamouring for action to save our nation from being poisoned by the pernicious effects of video nasties, but no regulatory body in place to take action, it was left to the police to seize video copies of any film that they felt fell foul of the Obscene Publications Act (OPA). This could then lead the way for the Director of Public Prosecutions (DPP) to bring the film’s producers, distributors and retailers to court. 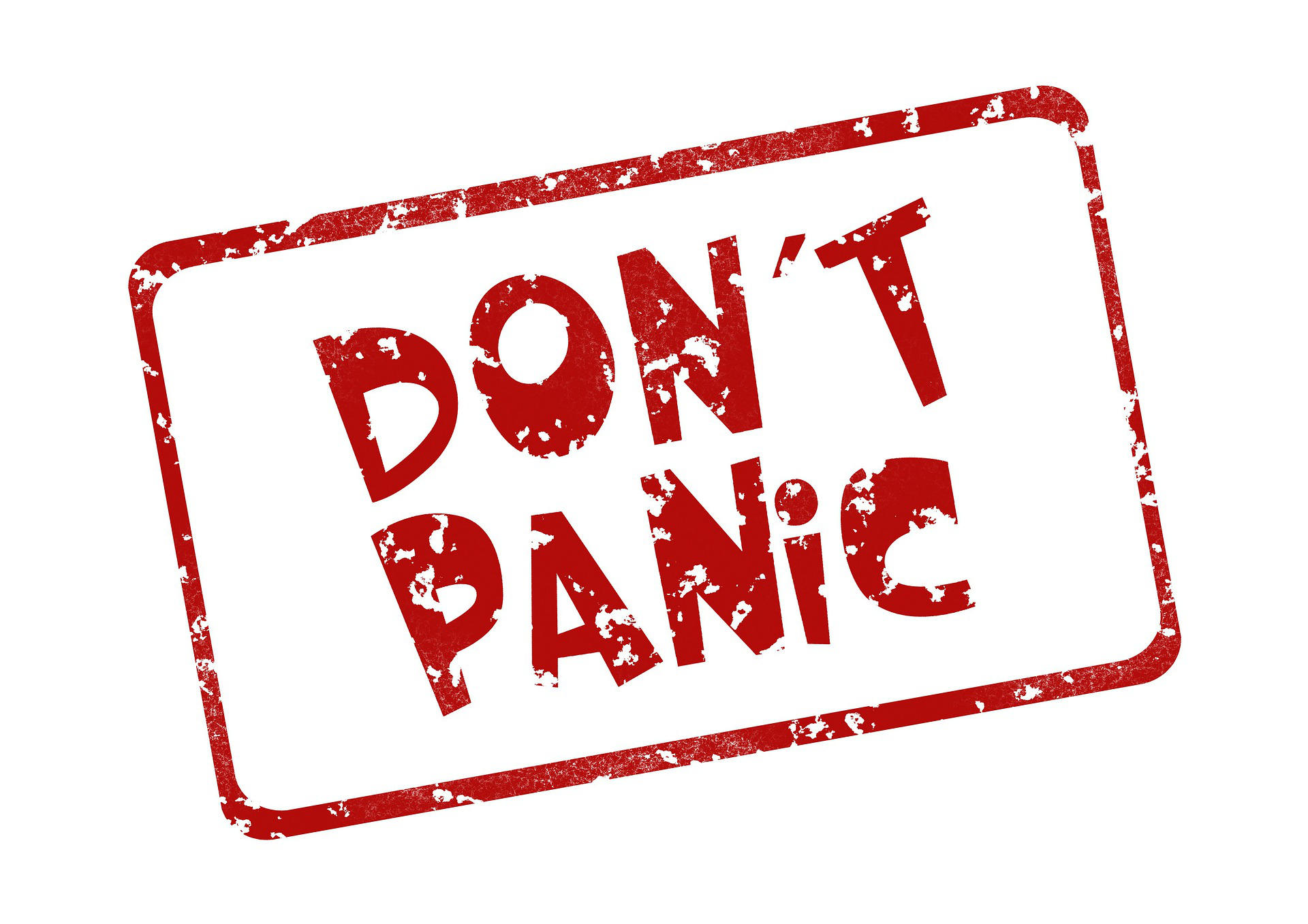 But this approach just caused confusion and even more moral panic. Films began to be seized from the shelves in some parts of the country, whilst left alone in others. Greater Manchester Police Force was left embarrassed after its officers seized Dolly Parton musical The Best Little Whorehouse In Texas, and Sam Fuller’s classic war movie The Big Red One in the belief that they were pornographic.

Ah yes, the 1980s. It was all very confusing back then, for many reasons.

Girls were (and still remain) a complete mystery to me.

Margaret Thatcher kept being voted back as Prime Minister, despite the fact that everybody I knew hated her.

And films that you could not see at the cinema were available on video.

Alarmed at the random selection of titles being seized, and the inconsistency of seizures between local police areas the Video Retailer’s Association asked the DPP for guidance in what their members could stock and what to avoid.

In response the DPP produced a list of titles already being prosecuted or waiting to go to court, and it is this that became the notorious Video Nasties List.

Of course the DPP, and Mary Whitehouse, should have taken time to consider the ironclad law of unintended consequences. Once made public, the list of 72 titles that eventually formed the Video Nasties list became a handy catalogue of films to be sought out and watched by those eager to see what all the fuss was about.

Now we seemed to be in the opposite situation we had started from, and films you could see at the cinema were now banned on video.

Like the Lucio Fulci double bill I saw at the Electric in Birmingham. The Beyond, on the video nasty list but not prosecuted, was followed by The House by the Cemetery which had been prosecuted under the obscenity laws and banned on video.

I remember bunking off college one afternoon with a mate to go and watch The Evil Dead at the cinema. We both staggered out of the darkened cinema, blinking in the bright afternoon sunshine and not quite sure what we had just witnessed. Was it a horror movie? A comedy? Something else entirely?

Although being the poster boy for video nasties and making the list of films already prosecuted, or waiting to be,The Evil Dead was never actually banned.

We also bunked off college to see Tootsie, Blue Thunder, and a double bill of Mad Max 1 and 2 (although the cinema showed number 2 first for some reason).

What can I say? I loved films, and would watch pretty much anything I could get access to.

Meanwhile, back at the BBFC, James Ferman still had a Texas Chainsaw Massacre shaped problem. He, along with his predecessor Stephen Murphy, had already refused to issue a certificate for the film on the grounds that the extensive cuts needed to grant it a release would ruin it. You see, Ferman actually admired the film, and thought it skillful in the way in which it achieved its horror through an unsettling atmosphere rather than explicit gore.

But that made it impossible to cut.

Finally, in 1998, it was granted a local 18 certificate by Camden council and shown at a cinema only a few minutes’ walk from the BBFC offices. It was then given an 18 certificate release on DVD and video in 1999.

In these days of streaming video, and movies like Hostel and Saw, it seems ridiculous now that some of these films caused such an outrage and were so hard to see. But then that was part of their allure.

When it’s hard to get hold of something, sometimes that makes it even more desirable.