One Saturday a month I run a creative writing workshop for children aged between eleven and seventeen.

One of the boys today, let’s call him John, finished the task I had set them very quickly indeed. He wasn’t really into it, I could tell that much. So, after a discussion with him about what he liked to write, I set him a challenge.

We both had to write out three short story titles. The stories could be in any genre. But the titles were going to be judged at the end by my workshop co-leader, who would decide which one was the best.

(At this moment, having thought all this up on the spot and practically as the words were coming out of my mouth, I wished heartily for thought transference powers of some kind and hoped that she would judge John’s work the best.)

This idea of thinking up random titles and not worrying about what the story might actually be is a technique I have used before to think up an actual story. In fact I once used this technique to write an entire novel which I then sold to two publishers.

Anyway, I wrote out my three short story titles. I can’t remember the first two, they were pretty blah.

But I was obviously just getting warmed up for that third one.

Because I love that third title.

One of the girls in the workshop, let’s call her Jane, said, “I really want to read that story!”

But I’ve no idea what it might be about.

Except, I did then go on to write the opening paragraph.

Cinderella stood there, blood splashed over her face and dress, gripping her machete with both hands and said, “Give me my glass slipper back. Now.”

And Jane said, “Now I really want to read that story.”

The title I turned into a novel and sold to two publishers was Twenty Seconds to Free Fall. It’s on Amazon now. 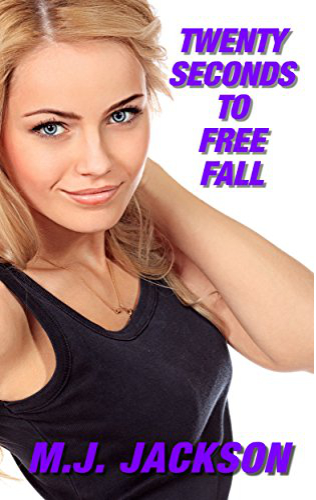 Again, I had no idea what that story might be about. It turned out to be the rallying call of my skydiving instructor heroine Katrina, seconds before leaping from a plane.

How to Eat a Car is another random title and one of my favourites of my own stories and it goes down a storm at open mic nights.

It took me a while to figure out what that one was about. Even when I was writing it I had no idea how it would end. Until I got to the end, and then it just sort of wrote itself.

The Man who Murdered Himself is another one.

It’s a technique I should use more often. Because, like all writers, I get stuck. Quite often actually. And that random writing of phrases and words can sometimes help to get me unstuck.

So yes, Cinderella Machete. Watch out for that one.

And who won the story title writing competition?

John, of course, with Jason versus the Monkey Jelly Bean Horde.