It’s been a funny sort of week

It’s been a funny sort of week.

As a self-employed, full time author who spends most of his day sitting in his cellar staring at a computer screen, it’s important that I plan my week out. Left to my own devices I would probably just spend my day browsing Facebook and chasing internet memes down virtual rabbit holes.

That’s why, every Sunday night I look at what I have achieved in the previous week and at what still needs to be done and then map out my week.

Here is this last week’s schedule-

As you can imagine, my days quickly shift shape and become something else.

There are some items on that list that have to get done, such as preparing sessions for my creative writing after school clubs. And, of course, I have to deliver the sessions.

But then there are other distractions, too. This week, for example, I was feeling so good about finally finishing writing Joe Coffin Season Four that I decided to forget all about that list of projects that needed tackling, and design the Season Four book cover instead. 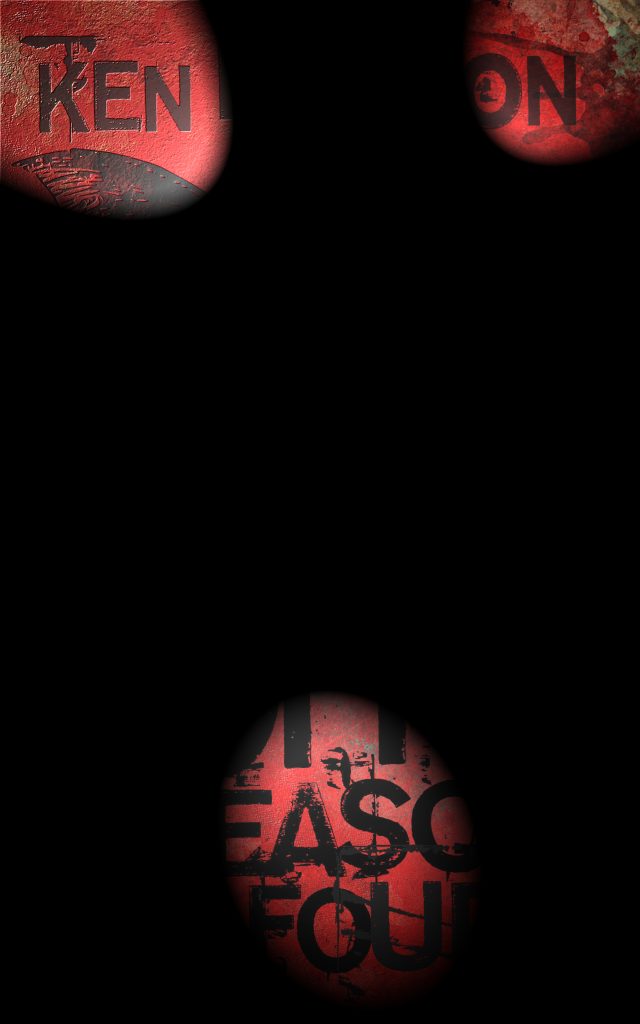 Now come on, you didn’t seriously think I was going to show you the cover, did you?

Anyway, having a design which I liked, I realised that I could redesign the covers for the first three seasons to tie them all together thematically whilst hinting at the contents of the individual book.

That still left the accounts to work on, the short stories to write, the lecture on self-publishing to put together, etc, etc, blah, blah, blah.

Having taken all that into consideration I tore myself away from redesigning the Joe Coffin Season One cover and . . . well, I wrote some poetry.

I normally don’t write poetry but I had been looking at quite a bit recently in preparation for one of my creative writing after school clubs, and I’ve become fascinated with prose poetry.

Here is my attempt at a prose poem:

Buttons, y’know, I just don’t like them. There’s something repulsive about buttons, something disturbing and freaky. I know one thing for sure, and I don’t know much, but I know this, that I would not like to eat a button. I would not like to swallow one and feel it’s angular roundedness sticking in my throat. I’ve seen them dipped in gravy, school gravy, and maybe that is where it all started, at school, in the gravy. I don’t like custard much, either, but I’ve never seen buttons dipped in custard. Would that help their angular roundedness slide down my throat? I doubt it, and I would cough and choke and spurt yellow snot out of my nose and ears and eyes and mouth as I choked on a custard covered button with its angular roundedness stuck in my throat. I don’t like touching buttons, I don’t like poking them through button holes and on the occasions when I have to do it they fight me, those buttons, and I do believe that even if they were coated in custard or even custard snot they would still refuse to go through the button holes. Because buttons don’t like me and they watch me, and sometimes they are eyes and buttons that are eyes are buttons coated in custard and stuck in my throat.
And I have to swallow.

Doesn’t much look like a poem, does it? And who knows, maybe I got the whole idea wrong and it isn’t a poem at all. But I had so much fun writing it I decided to write another one:

There is a computer in front of me and it is blank.

As you might have guessed, inspiration had deserted me and that is all I came up with.

So, finally, I turned back to my to-do list.

So much to do.

It’s been a funny sort of week.