I always arrive at this point sooner or later. To be honest I’ve made it further than I expected this time, but it still happened.

36,000 words into my latest novel and my imagination has dried up, my motivation has ground to a halt and my mojo has upped and left the house for pastures new.

And, as always, I’m convinced that I will never finish this novel, that it sucks so bad it could win prizes for suckery. Except I would never enter it because, well you know, it’s too bad.

The dialogue is stilted, the pace is too slow (except for when it’s too fast), the plot is hackneyed, the characters are threadbare and, seriously, why the hell did I ever think I could do this in the first place?

Maybe I should just quit now, while I am still ahead. Or at least not too far behind.

Because I am behind. Waaayyy behind. Like, my word count is pathetically low and I’m not hitting any of my targets.

If I was a salesman I would be out on my ear by now.

Yes, I should quit.

Look at the benefits.

No longer would I need to get up every morning at stupid o’clock.

No more sitting in front of the computer staring at the blank screen for hours on end, before finally switching the computer off with a sigh (me not the computer) and going to bed depressed at the waste of another writing session.

No more anguishing over the placement of a comma or the length of a paragraph.

No more wondering if I should be writing up extensive and forensically detailed character profiles instead of making them up on the hoof.

I could spend more time with family.

I could go back to work full-time and earn a decent wage. (Yay!)

I could go to the cinema more often. And the pub.

I could take up a new hobby like, um, crocheting.

Or I could start going to the gym again. Finally get around to building that beach body I have been after for the last thirty-five years.

Actually, when I think about it I’ve been here before. I usually get through it. I usually find a way of fighting through past the stuck part and on to the end.

Even when I think about the times where I did quit, where, if this was pre the computer revolution, I would have picked up my manuscript and thrown the pile of papers into the wind (because obviously I would have been sat outside whilst tapping away on my typewriter, probably on top of a windswept cliff) and the wind would have caught my sheets of typed paper and scattered them to the four corners of the earth.

Yeah, I thought so.

So, even when I think of the times I did quit, and there have been plenty of those, the novel might have died, the resolution remaining unwritten, but I never quit fully.

I always started another book.

Because quitting is for, er, quitters.

Right, that’s it, I’ve convinced myself. Back to it.

I’ve been here before.

And I’ll be here again no doubt. It’s nothing new, this being stuck business.

But the main reason I can’t stop now?

This is Joe Coffin Season Four I am writing.

And a lot of people want to know what happens next. 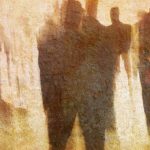 Things I Think About at Two in the MorningLife 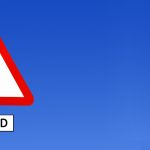