I Finally Watched Deadpool, and Now I Wish I hadn’t Bothered

I finally did it. I watched Deadpool last night. I wasn’t sure I really wanted to. Thing One had wanted to go see it when it came out at the cinema in 2016, but he was twelve at the time and the film is rated fifteen. I’m a little on the relaxed side with the BBFC film certification system at times, but after hearing about Deadpool (the language, the ultra violence, the snark and cynicism, the sex) I decided against letting him see it.

At least until I had watched it.

So, here we are two years later, Thing One is now fourteen and Deadpool is still a fifteen certificate. After watching the film last night, I’m still not sure I would want him to see it.

I kind of wish I hadn’t seen it, too.

I don’t know. Maybe I’m getting too old for this shit.

Oh wait, did you see what I did there? Probably not.

I went all meta on you by referencing a line from another genre film, Lethal Weapon

That’s what Deadpool is all about. Being meta. And self-referential.

We know what we are in for right from the beginning, as the film starts with a credits sequence that lists ‘Gratuitous Love Interest’ as one of the stars and ‘Over-Paid Ass-Hat’ as director.

It made me laugh anyway.

The problem is there are another 108 minutes of this.

Forget story, character development, or any kind of emotional engagement in the narrative. And with Ryan Reynolds constantly breaking the Fourth Wall, (“A fourth wall break inside a fourth wall break? That’s like… sixteen walls!”) I wound up feeling exhausted, as though I had just watched Moonlighting in its entirety in one sitting, except it had all been edited down to the bits where Bruce Willis broke the fourth wall.

Despite all the cynicism and going all meta on us, despite the constant self-referential humour and the utter silliness, I still had to sit through an obligatory CGI scene of mass destruction at the finish.

So, yes, it still winds up being just like every other superhero franchise out there.

Anyway, if you haven’t seen Deadpool and you are curious about it, I recommend you watch this trailer for Deadpool 2 instead. It’s funny, it’s meta, it’s cynical, it’s ironic and it even has a Stan Lee cameo. 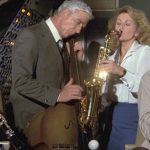 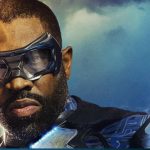