All right, this is confusing I know, just hear me out.

This is me, Ken aged fifty-four, writing to you, Ken aged sixteen, to tell you a few things.

Yes, I know, all these years later and you’re still around. How cool is that?

And that’s the first thing I want to say to you.

It’s going to be okay.

Unfortunately, you’ve got to get through some pretty heavy shit first.

I know, I know, I just told you everything’s going to be all right and then I hit you with the ‘pretty heavy shit’ thing. I’m sorry but, you know, forewarned is forearmed, etc, etc.

So, have you calmed down yet? Dug yourself out of that existential crisis?

Whatever you do, don’t throw away this letter and go pick up a Spider-Man comic, okay? You need to read this, and there will be plenty of time later to read that Spider-Man comic again. (And, by the way, I have to tell you there are a couple of incredible Spider-Man movies coming your way in the future, much better than that crappy TV series with whatsisface from The Sound of Music in it.)

Oh yes the second point I want to make is this:

You’re going to come out of school next summer with only one qualification, and that’s in Art. Many years later you discover the fact that David Bowie also left school with one O Level (they’re called GCSE’s now) in Art, but you’re not Bowie and you’re going on a different career path I’m sorry to say.

Yep, one Art O Level and that’s it, I’m afraid. You’ve got another year after that at college retaking O Levels to get your English and your Maths at the very least.

Unless, and listen carefully, you put down the Spider-Man comics and actually do some revision when it comes around to exam time. Because I’m telling you this, oh younger self, your parents aren’t going to be checking up on how much work you’re doing. I mean, it’s kind of difficult to do that from the pub, isn’t it?

What else? Oh yes.

I know, you’re not particularly interested at the moment, are you? But believe me, and honestly I can say this in all truthfulness as I have been there, you soon will be.

Look, all I want to say on this particular subject is, don’t stress about it too much.

It all works out great.

Ooh, one word of warning though. A couple of years from now, you’re going to wind up in a nightclub kissing Karen. Yes, that Karen. The one in your form at school who you hate and detest with every fibre of your being and who feels the same way about you. But don’t worry, you don’t start dating or anything. She already has a boyfriend when the two of you are giving each other mouth to mouth resuscitation. In fact, she’s sitting on his lap at the time.

Oh, and one more thing. In 1984 you move to Birmingham, and there’s this one day when you’re a bit lost in the city and this man asks if he can help you and offers to give you a lift in his car. Say no thank you, and walk away.

Look, there’s a ton of things you need to know, but it’s probably best if I let you discover them yourself. So, instead of dwelling on specifics, here’s a general list of advice.

Well, it looks like we’re getting into specifics after all, so I think I’d better stop here.

Honestly though, stop worrying, it all turns out great.

After the heavy shit of course.

I can’t lie to you, it’s going to get pretty grim for a while.

But you’re going to do good. 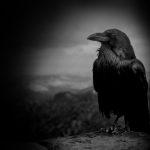