Four Dinosaur Movies You Do NOT Want To See

As I mentioned in last week’s post, the sequel to Planet of the Dinosaurs Book One: Project Wormhole is all set for publication on the 6th September. The Journey North follows our three teenage heroes, as they continue to battle for survival in this scary new world of flesh eating dinosaurs.

There’s plenty of rampaging dinosaur action in the tradition of Jurassic Park and Jurassic World, and following on from last week’s post about the early pioneers of special effects in prehistoric adventure films I thought we should take a look at some more recent examples.

And to be honest, what’s not to like about sitting down with your favourite snack and drink (a Snickers bar and a strong black coffee for me, but I’m guessing your tastes are different) and watching a film about dinosaurs causing mayhem, death and destruction?

But believe me, there are some dinosaur movies out there you really don’t want to see. Not because they’re so scary, but because they are so downright awful.

And because I love you guys so much, I’ve gone and done the hard work of watching them for you, just to save you from the heartache and distress of having to sit through these woefully bad excuses for entertainment.

All right, let’s start with one particular movie that, considering the talent involved, should never have happened.

Have you ever woken up in the morning and thought to yourself, ‘You know what, I really fancy watching a film starring Whoopi Goldberg as a cop whose partner is a human sized, talking Tyrannosaurus rex,’?

No? Funny that, because neither have I.

The thing is, even if you did have that particular desire, I still couldn’t recommend Theodore Rex to you, as it is AWFUL! 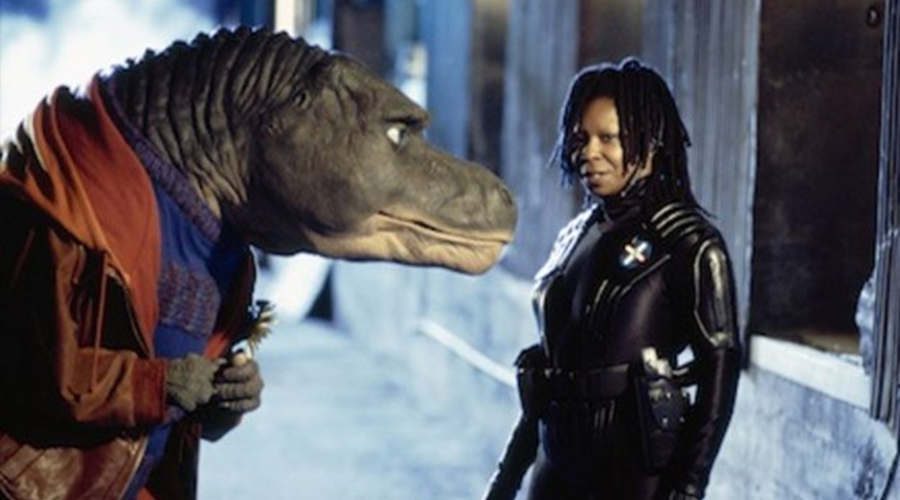 Even Whoopi Goldberg thought so, and that was before a single frame of film had been shot. Yes, she tried her hardest to get out of the contract, even going to court over it, but in the end she had to make the film.

You have to wonder what she thought she was letting herself in for when she first signed the contract. Didn’t she read the script?

To make matters worse, once the film was finished the distributor, New Line Cinema, agreed with her and decided to put it straight onto video rather than give it a cinema release. And when you think that the film had cost over $33 MILLION to make, New Line must have lost a lot of money on that one.

Look, I’ve tried my best to warn you, but if you really need to see this, well, here’s the trailer.

But don’t say I didn’t warn you.

The Beatles were one of the biggest bands in the world, and their influence stretches through the decades long after they split up, still working their magic to this day. John, Paul, George and Ringo were creative geniuses, even starring in a couple of critically acclaimed films back in the 1960s.

So it’s not likely that any of the Fab Four would turn up on a list such as this. 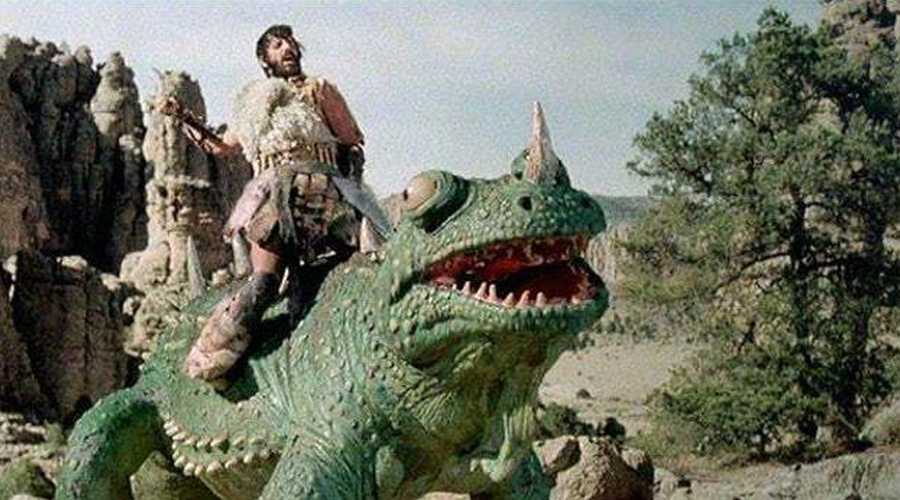 Back in 1981 Ringo Starr must have been either stuck for cash or very bored. Whatever the reason, it still shouldn’t have forced him into starring in this ‘comedy’ about cavemen and dinosaurs.

Yes, I’ve got the trailer for this particular debacle right here, but once more I am advising you to proceed with caution.

Next up is a low budget flick called Planet of Dinosaurs. 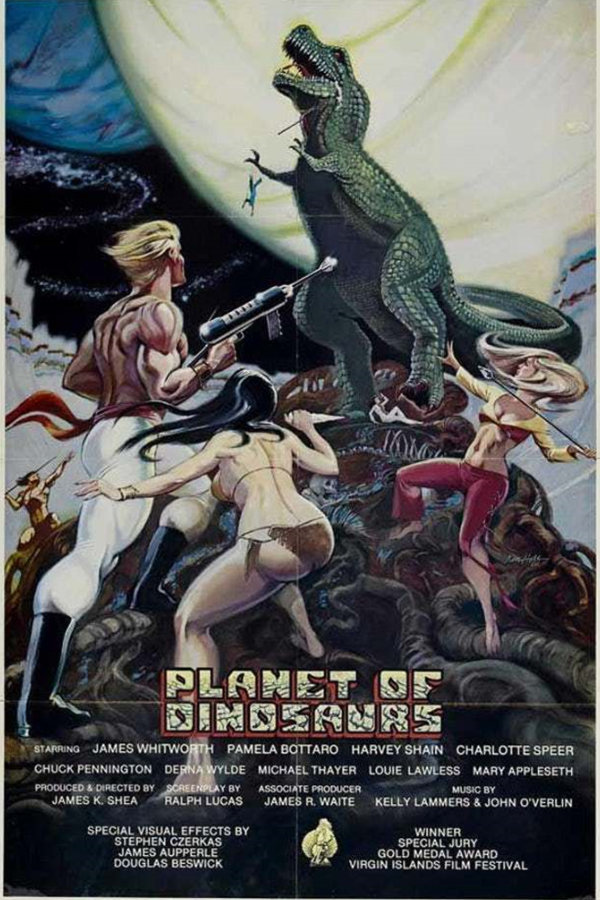 Now, I hope you are paying attention out there. Notice I didn’t say Planet of THE Dinosaurs which, of course, is the title of my series of novels about teenagers fighting time travelling dinosaurs. You are reading those books, aren’t you?

Anyway, this 1977 film tells the story of a group of astronauts whose spaceship crash lands on an alien planet which happens to be inhabited by pink unicorns.

Nope, that was just me checking to see if you’re paying attention again. Thinking about it though, maybe this would have been a better film if the dinosaurs had been replaced by unicorns.

Or maybe the humans could have been replaced by unicorns, who then have to fight the dinosaurs.

Now that sounds like a film I would go and see: Unicorns V Dinosaurs.

All right, until that particular movie gets made, you’ll have to satisfy yourself with the trailer for Planet of Dinosaurs.

What do Elvis Presley, Madonna, Mick Jagger, MC Hammer and Paula Abdul all have in common?

Yes, yes, I know they’re all singers! What else do they have in common?

Well, I’ll tell you. They are the names given to the five miniature dinosaurs in the film Prehysteria. 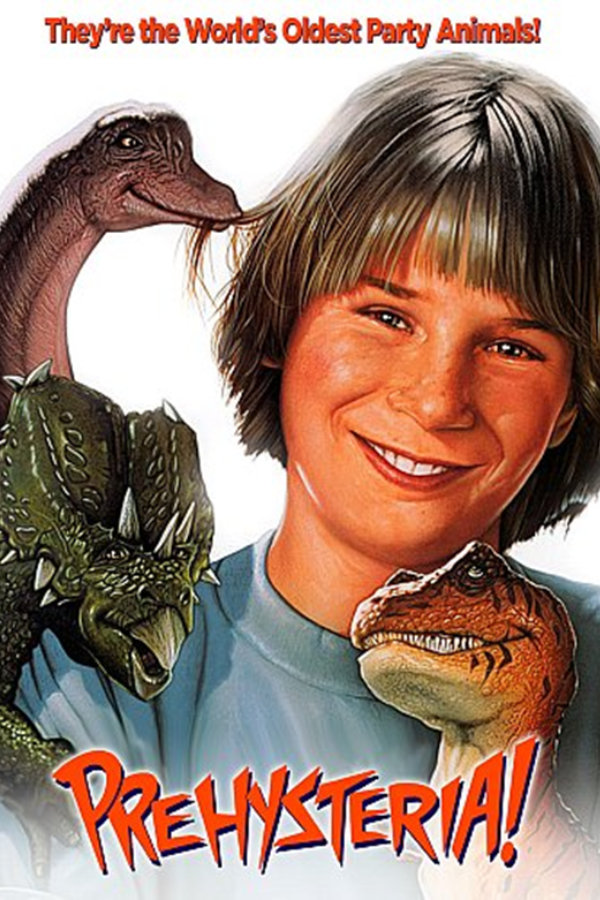 Austin O’Brien (who also starred with Arnold Schwarzenegger in The Last Action Hero) finds some dinosaur eggs (of course, I mean come on, it’s happened to all of us at some point) and takes them home where they hatch. Fortunately they turn out to be miniature dinosaurs so they don’t grow up to be bigger than a house and then like, eat everyone.

I’ll spare you the torture of watching those three films and leave you with the trailer.

There you go, four dinosaur movies that you need to stay away from.

Keep a look out for another post next week, with more details about Planet of the Dinosaurs Book Two: The Journey North, and a chance to find out what kind of dinosaur you might have been.

Did you know that if you support me on Ko-fi for only £2 a month, you will get a short story or chapter in a serialized novel at least once a month, every book I publish ahead of general release, and updates on what I’m up to, all exclusive to you?