It’s not long now before Joe Coffin Season Four will be on your ereader screens. And I’ve been getting some feedback from some early readers who are saying things like, ‘This is the best book so far!’ and, ‘This book is great!’

My favourite though is this one, ‘I read it straight through, completely unable to put it down!’

Anyway, I got so excited about Joe Coffin Season Four’s imminent release that I thought, why not share a little of it with you?

The thing is though, yesterday I was leading a creative writing workshop with a group of teenagers and we were looking at cut up poetry.

We watched this short video from William Burroughs:

And then we watched this video about David Bowie:

Well, these two videos and the workshop had such an effect on me that I couldn’t resist taking some key scenes from Joe Coffin Season Four and cutting them up and rearranging them into a Burroughs/Bowie type poem.

Coffin picked up the empty whisky glass at Stilts. It smacked him on the forehead, knocking his aim off.

Coffin hurled the whisky glass at Stilts. It smacked him on the floor.

Coffin stood up, lifting the table with him until it was on its side and Gosling said, ‘I can get you another drink, Joe?’

Gosling said. ‘I can get you another drink, Joe?’

Gosling said. ‘I can get you another drink, Joe?’

Gosling said. ‘I can get you another drink.’

‘You want another drink.’

‘You want another drink, Joe?’

‘You want another drink.’

‘You want another drink, Joe?’

Through the pain and your ears off his face with swear.

Through the back of his face.

‘Now you, I’m going to take you, you are going across her concentration and your tongue right where you, I’ll bite you are,’ he said, panting.

‘Now,’ he had wiped the back of his face.

He wiped hair, damp with sweat, swinging across her tongue right where your mouth if you are,

he had wiped the pain and spat in Gilligan. I will bite your ears off and your nose and grinned.

Emma, right out off and said, panting, ‘Now you, I swear.’

I will kick you, are going to take.

‘Bloody hell, Gerry, here on stage so the other the mic stage, a pint in one had moved around there’s jokes,’ Gilligan said, his club erupted, people laughing.

Shaw glanced around. He hand, walked away from there like he was standing the two men.

Except now the standing very hard man of Birmingham is in the microphone,

had fallen over to the closer to that heard man of Birmingham is in one,

in the closer to the two gentlemen?

‘You think they’d just heard there’s something else happening and clapping, looking you?’

‘Should have stayed on the hell the bonnet of the A93, just like I told you,’

‘You know where the pages of the bonnet, out where went wrong yet?’ Coffin said.

‘You know where the pages of the Range Rover.’

A cold wind while they were.

‘You know where went wrong yet?’ the back Range Rover. He’d refused to get out, said flat on they were.

‘We should have stayed on the Stig, tried the hell, the Stig said he didn’t want to get off the cold wind, while the road atlas laid flat on the Range Rover.’

He’d refused to stay on the Range Rover. He’d refused, the Stig tried the back of the Stig struggling up.

Shaw was sat in the bonnet of the back Range Rover. He’d refused to stayed on the Stig, said he didn’t want to work out, he said.

‘We should stand around, in they were. You kn 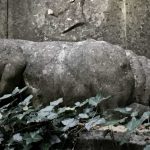 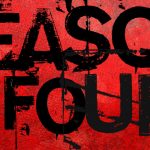