A visit to Highgate Cemetery was always on the bucket list for me after reading Audrey Niffenegger’s Her Fearful Symmetry. The cemetery is split into two halves, East and West. Visitors can wander around the East side unaccompanied, and find the graves of Douglas Adams, Karl Marx and Malcolm McLaren amongst others.

But the West side is only accessible by a guided tour and it was here that Niffenegger, author of The Time Traveller’s Wife, worked as a tour guide for a year whilst writing Her Fearful Symmetry.

The cemetery was built as a response to London’s rapidly increasing population and, with it, its increasing death rate and need for burial. Opened in 1839 its location on a hillside afforded it magnificent views across London.

By the early 1900s with ostentatious burials and memorials becoming less popular and cremation increasing in popularity Highgate Cemetery began to fall into disrepair. With the groundsmen called away to war, nature took over and began reclaiming the land for itself once more. Now those magnificent views of London are obscured by trees, and many of the gravestones are crumbling and overgrown. 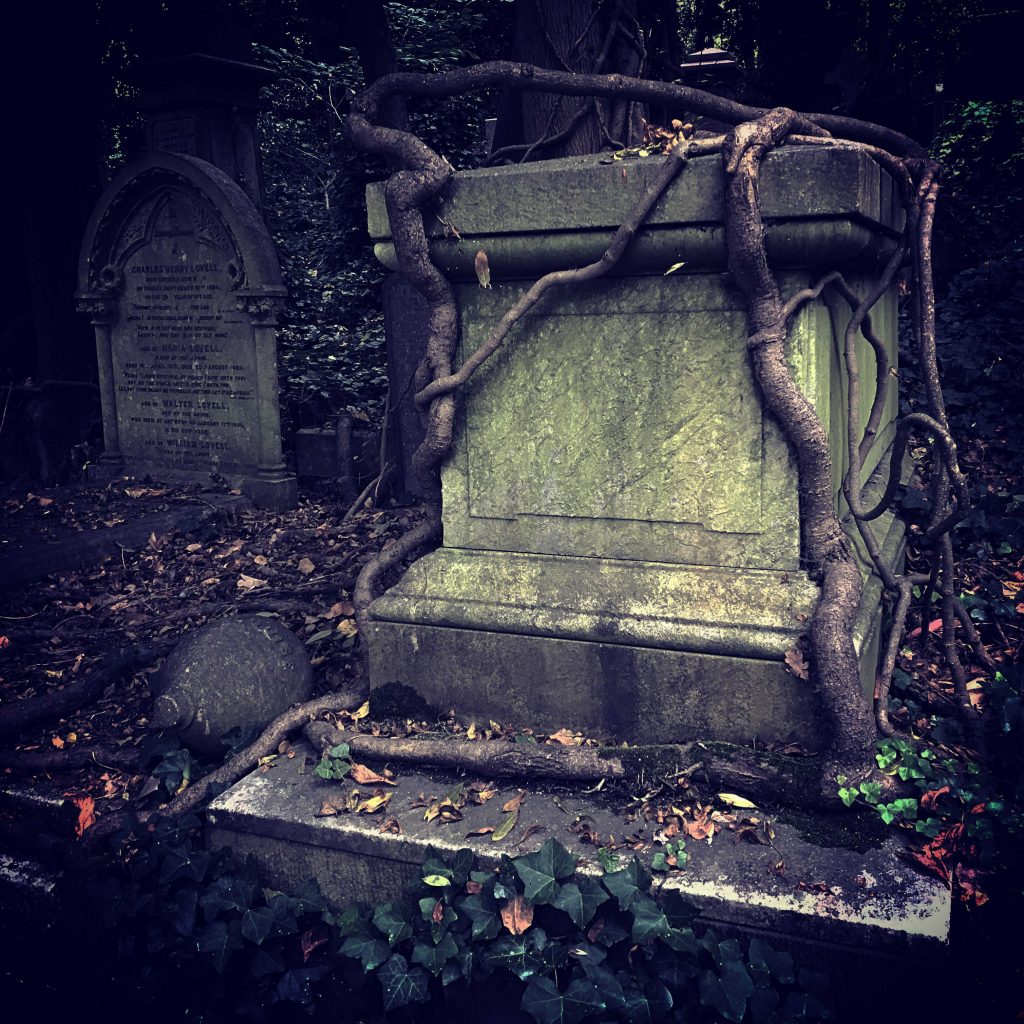 It looks wonderfully eerie and Gothic. 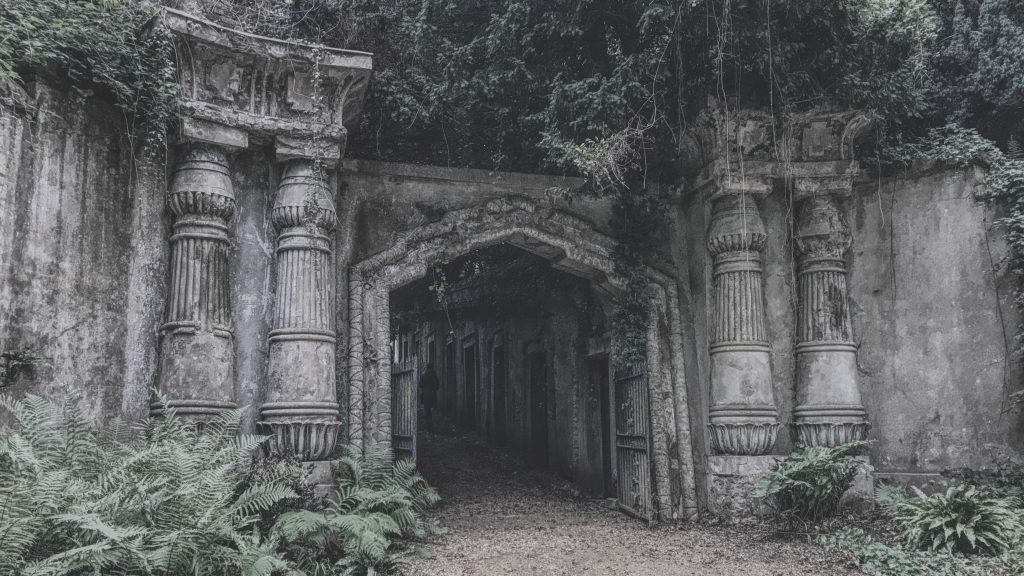 Our guide gave us a fascinating talk as he took us around the various monuments to the dead, not only about the history of the cemetery but some of those interred there.

Before the introduction of the Queensberry Rules, and with it boxing gloves and weight division, boxing was a highly dangerous, and somewhat illegal sport. Despite standing only 5’ 8” tall, Sayers fought and beat men much heavier, and was a popular figure around London. He was so popular that after fighting American John C Heenan in the first international world title fight in 1860, a fight which ended in a draw after two and half hours, a public subscription was put together of £3,000 to pay for Sayers’ retirement.

Sayers was often seen accompanied by his dog, Lion, a huge black mastiff. So close was Sayers to his pet that Lion was his chief mourner at the retired fighter’s funeral only a few years later. 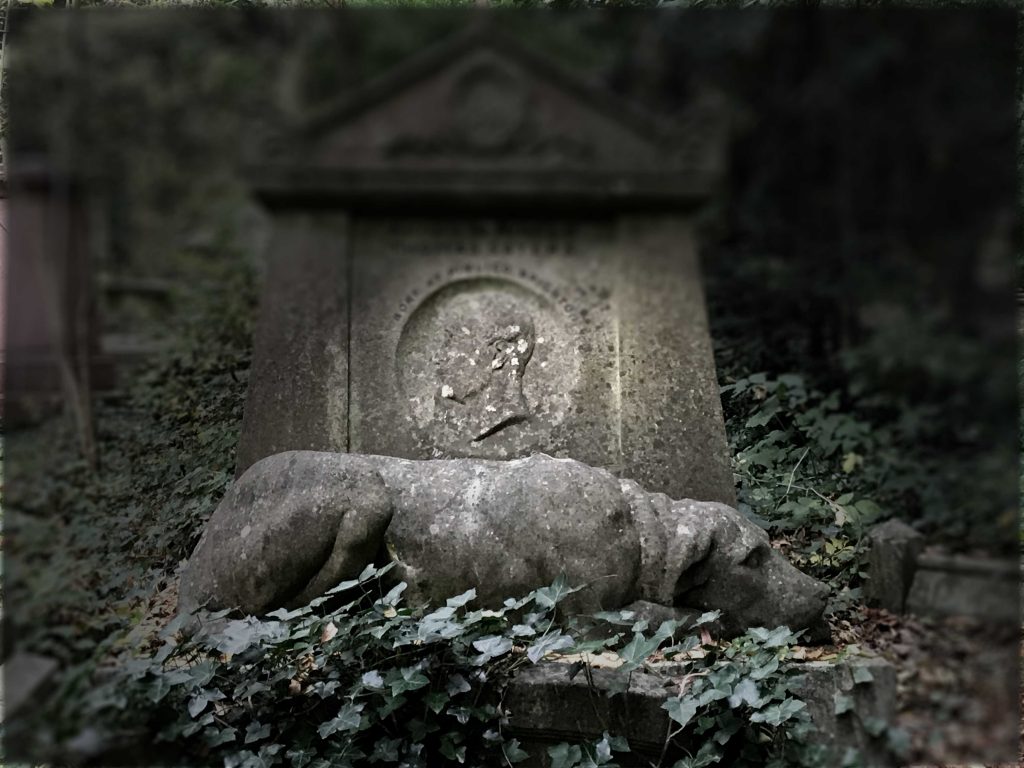 Elsewhere in Highgate Cemetery is the tomb of George Wombwell, the founder of a famous menagerie, Wombwell’s Travelling Circus. Menageries were a popular Victorian pastime, and Wombwell’s was one of the largest, containing thirty lions, five elephants, two rhinoceroses and whole herds of tigers, bears, and more. Wombwell died in 1850 and a docile lion sleeps atop his tomb. 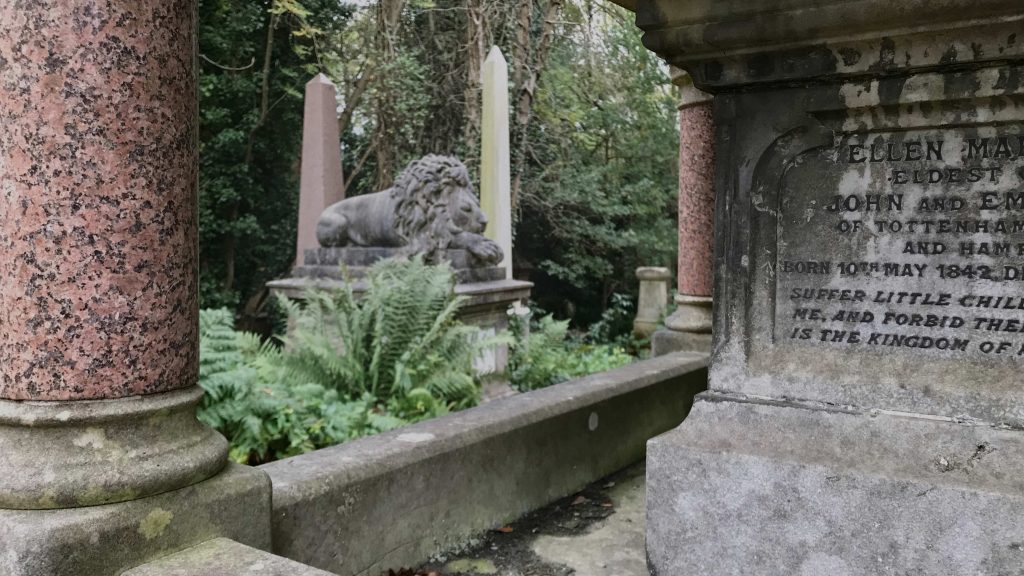 I went to Highgate Cemetery to experience its atmosphere and for the photo opportunities, but I received far more than that. Not only did I enjoy the tour guide’s talk on the history of the cemetery, its architecture and some of its residents but I also found two more characters to add to a novel I have been mulling over for a year or two now.

I don’t particularly want to say any more, as I am a firm believer in keeping my works in progress under wraps until they are ready to be seen. But I think it’s obvious from what I have said that I will be returning to Victorian history at some point in the near future, and it will be for a novel unlike anything I have attempted so far.

If you would like to keep updated with my work, and get a couple of free books, you can sign up to my newsletter and I will be delighted to welcome you on board. 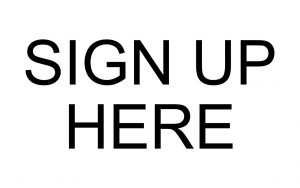