Considering how many years I have been on this planet of ours, and how much of each of those years I have spent watching films and reading books, the list of films and books I have yet to see and read still remains enormous beyond my comprehension.

Of course this is a problem I can never overcome, a list I can never fully complete, with items left on it that will never be crossed off. And that’s because, more than ever before in our history, new films and books are being released at a rate none of us can keep up with.

That doesn’t stop me trying though.

So, this got me to thinking about all the vampire related movies and novels I haven’t seen yet.

I now kind of wish I hadn’t, as the Herculean task of watching even a fraction of these movies is plain to see. Still, the genie, as they say, has been let out of his bottle.

Or perhaps we should say, the vampire has been let out of his coffin, and there’s no putting him back now.

The first vampire book I ever remember reading is, of course, Dracula. Critics can talk all they want about the book’s inadequacies, and Bram Stoker’s weaknesses as a writer of Gothic fiction, but Dracula as a book and a character, will always be at the top of any self respecting vampire lover’s list.

I bought Dracula through the school book club, but the second vampire novel I read I had to find and buy it myself. Salem’s Lot, by Stephen King, scared the living hell out of me, I can tell you.

But I was hooked. 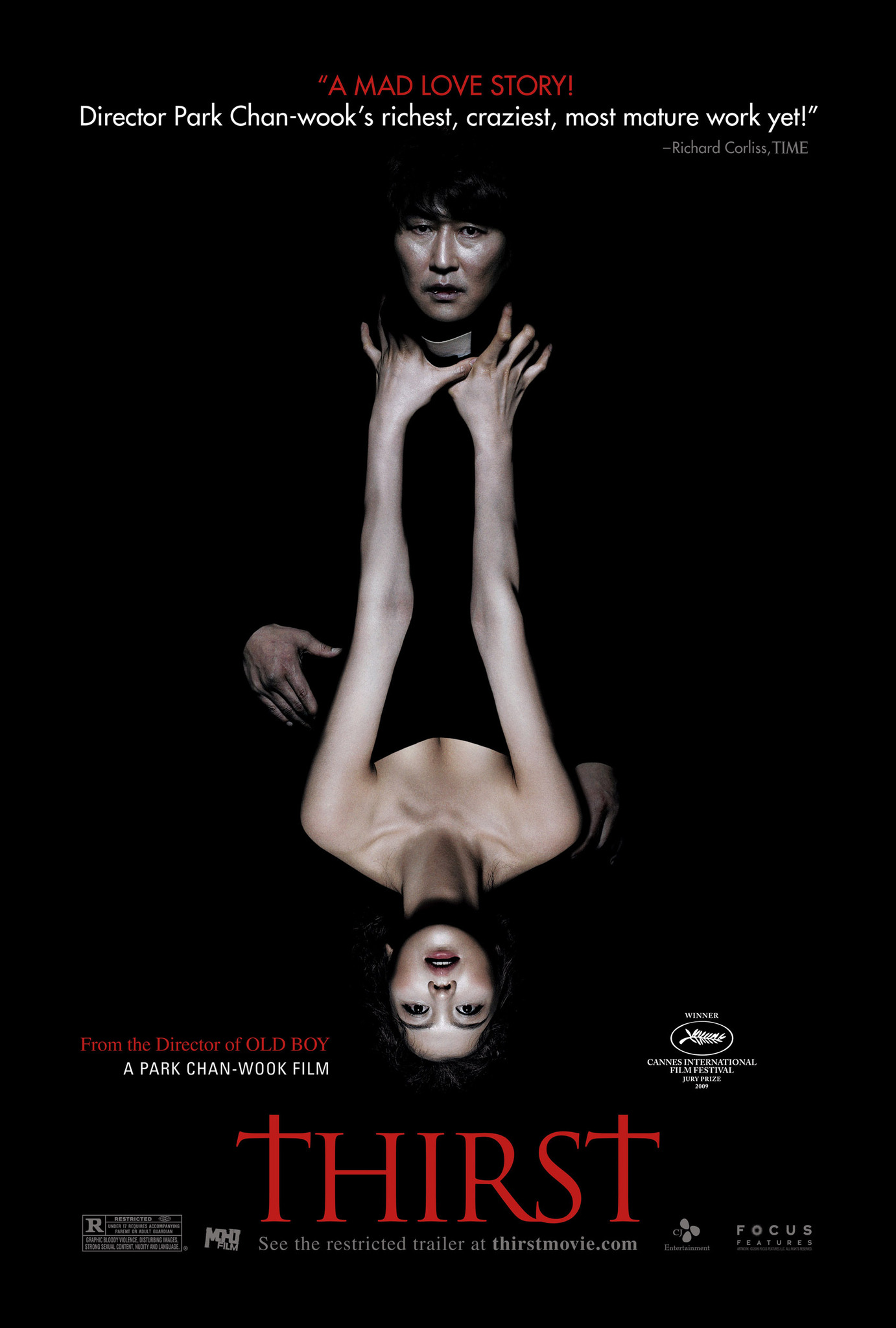 I’m ashamed to say it but, despite it having been released in 2003, I have still yet to see Park Chan-wook’s revenge thriller Oldboy, the film that catapulted the director onto the international stage. Park’s films are often full of lavish visuals, brutal violence, philosophical musings and twists and turns. So, who better to direct a vampire film?

Thirst is the story of a priest who becomes infected with a deadly virus that sees him become a vampire. I’m guessing that much philosophising on Christianity, redemption, the blood of Christ, etc, ensues between graphic scenes of blood letting, but as I haven’t seen it yet I can’t actually confirm any of that. 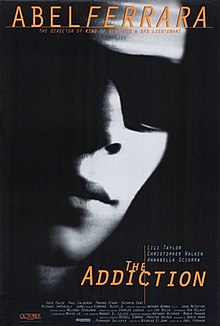 Here’s one I have seen, although it’s many years ago now. I’ve been a big fan of Abel Ferrara’s brutal, low budget musings on life and death for a long time. The director is so out there that he no longer has a North American distributor, but the French love him and that seems to be where he makes his films these days.

Consider The Bad Lieutenant starring Harvey Kietel as a tormented, drug addicted, self-loathing corrupt cop who experiences a vision of Jesus whilst investigating the rape of a nun.

Or, let’s take a look at The Addiction which also examines the spiritual life of an individual through the lens of vampirism. Nowhere is Ferrara’s obsession with faith and redemption more explicit than in this film, in which the lead character of Kathleen must destroy herself in order to be able to live.

It’s in black and white, it’s not an easy watch and it’s got Christopher Walken so, you know, you need to see it. 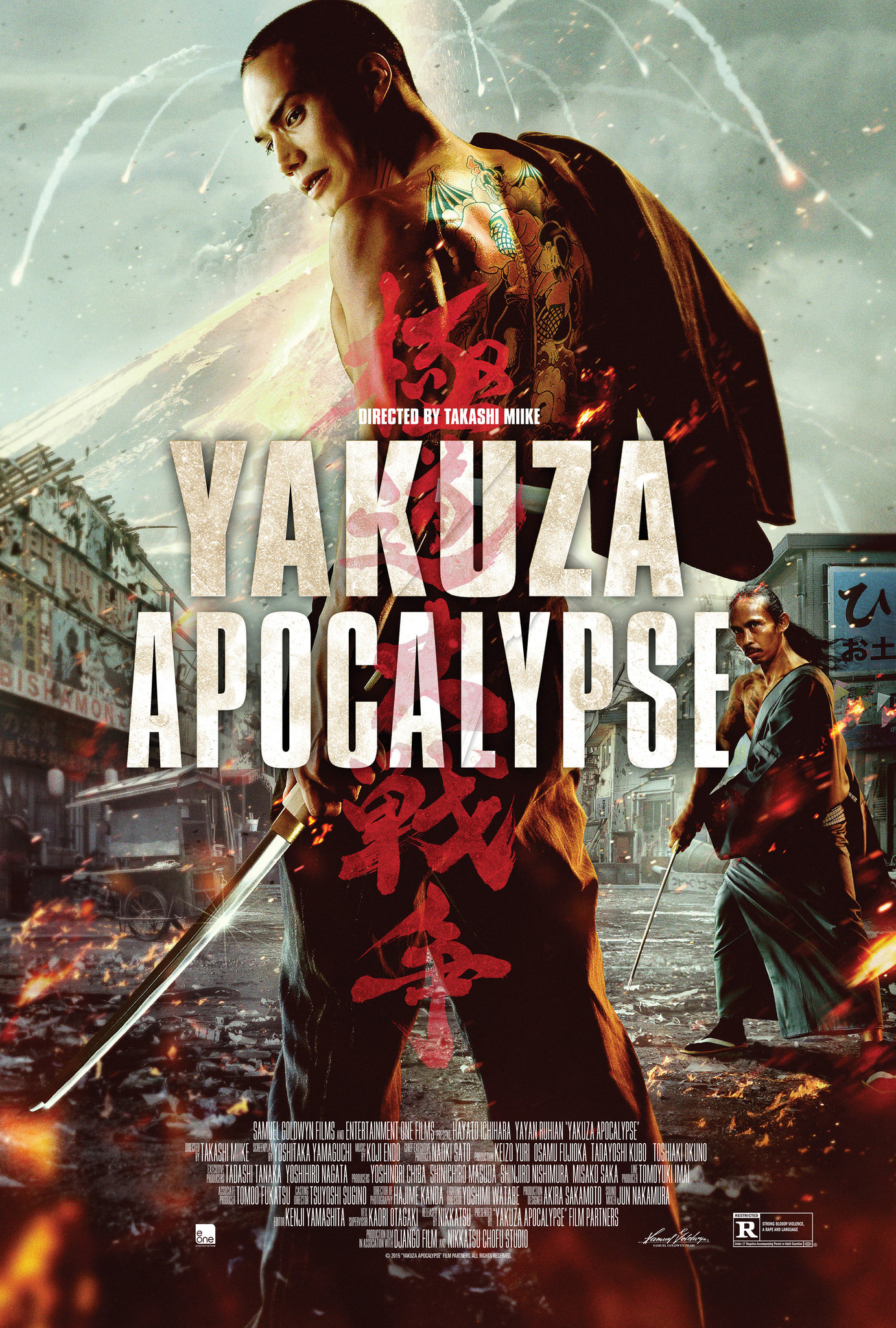 You sat up a little straighter when you read that title, didn’t you?

Come on, admit it, you’re ready to hunt this film down and watch it without knowing a single detail more.

I’d love to tell you that I’ve already seen it, (especially as I am the author of the gangsters versus vampires series Joe Coffin) but no, I can’t. I aim to correct that oversight very soon though.

If you’re not convinced by the title alone (and really, if that’s the case what’s wrong with you?) then how about I tell you it features a character who transitions from tender, quiet romantic scenes with his girlfriend to blood-sucking vampire who is able to take a couple of slugs to the chest and dispatch the bad guys while his palms get so hot that they can literally cook an egg, along with a  dweeby-looking martial artist, a gun-slinging puritan with a coffin-strapped to his back, and an ass-kicking frog terrorist.

Yes, you read that correct. 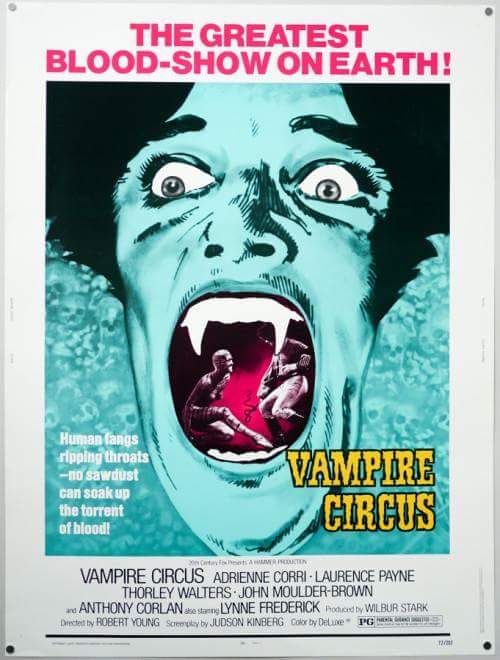 If you thought midgets with painted faces and clowns weren’t creepy enough, how about a circus of vampires? Especially one that’s come to town intent on revenge for the killing of another vampire.

Besides reading Dracula I also grew up watching Hammer Horror films, but I’ve never seen this one before. In fact, I doubt I had even heard of it until I started researching vampire movies for this list. Hammer always made gorgeous looking films, especially their Gothic themed efforts and this one looks just as beautiful as their best.

Here’s another on my list of films I need to see.

5. The Playgirls and the Vampire

Made in Italy in 1960 by Piero Regnoli, The Playgirls and the Vampire looks more like a silent movie from the thirties when you watch the trailer. I’ve put this film on the list for curiousity value alone, but do I actually want to see it?

Here’s the plot: A troupe of European exotic dancers, their piano player and their manager stumble upon a castle during a thunderstorm and seek refuge. Of course the castle is inhabited by a vampire, and one of the five girls is the spitting image of his 200 years dead wife.

What follows has, apparently, less to do with horror than titillation. Maybe we should just watch the trailer and leave it at that.

That’s it for now, but I’ll be back next week with more obscure vampire movies and then we will move on to the books.