So, what did you think of all those vampire movies I found for you? Did you watch any of them?

I’m certainly going to give them a viewing.

I drew up a fairly lengthy list of films researching this topic, but I’m not going to go into them all in depth. If you want to take a look I’ve put the entire list at the end of this post.

Anyway, here we go with five more films for your consideration.

Andy Warhol is famous for his soup cans and Marilyn Monroe screen prints, but he also made films.

One of his most entertaining films ever is Empire, a single uninterrupted shot of the Empire State building with a running time of eight hours. Honestly it has more emotional depth than Avengers: Infinity War and makes Stephen Spielberg’s epics look like home movies.

You can watch nine minutes of the movie here:

I don’t blame you.

(That’s right, I was being sarcastic earlier.)

This might be due to the fact that Andy Warhol didn’t direct Dracula, it simply came from his studio known as The Factory. If Andy Warhol had directed it I suppose it would have consisted of a single take between sunrise and sunset of Dracula sleeping in his coffin. 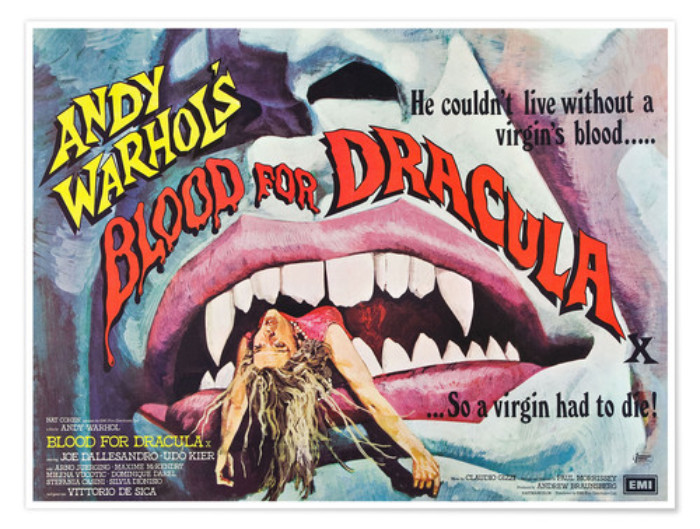 Fortunately Andy Warhol’s Dracula was directed by Paul Morrissey, and the plot involves the titular count, who can only feed on the blood of virgin girls, heading for Italy due to a shortage of virgins in Transylvania. But once in Italy he finds there aren’t many virgins there, either.

Yes, Blood For Dracula, or Andy Warhol’s Dracula, or even Dracula is Searching for Virgins’ Blood, and…he’s Dying of Thirst!!! as it was titled in Italy, is a comedy. Udo Kier, a regular in horror films such as Suspiria and, err, Barb Wire with Pamela Anderson, plays the title role and Roman Polanski pops up in a tavern scene.

And a lot shorter too.

2. Kung Fu From Beyond the Grave 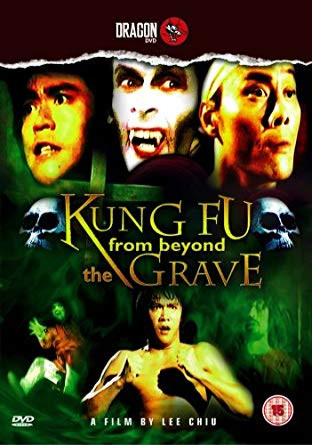 In dredging the bowels of the internet for unheard of vampire movies I found some pretty strange examples, such as Leonor by Juan Luis Bunuel, a Spanish-French-Italian co-production which is more about art than horror, meditation rather than scares. Not surprising really, as the director is the son of Luis Bunuel who, with Salvador Dali, made L’age D’or and Un Chien Andalou.

Not so much a vampire movie as a zombie kung fu flick, this earns its place on the list by having Dracula turn up.

3. The Last Man on Earth

When you read the words I Am Legend, who springs to mind? Will Smith? Charlton Heston?

What about Vincent Price?

Yes, he is The Last Man on Earth, barricading his house at night whilst vampires (ghouls, zombies, it’s not really made that clear) roam the streets looking for blood to drink, and then spends his days gathering supplies and staking vampires. I hadn’t realised Richard Matheson’s novel had been filmed three times, and this one seems to have slipped into obscurity beneath its more famous cousins.

Worth a look, I feel.

4. Dracula, Pages from a Virgin’s Diary

All right, so you’re looking for a fresh take on the legend of Dracula. Well, how about a silent ballet? Shot in black and white.

Yes, you read that correct, a silent ballet.

Take a look at the trailer. You probably have your doubts about watching it (after all, you’re not here for the ballet, it’s the blood and gore and sex you’re after) but you might change your mind once you’ve seen the trailer. It certainly looks gorgeous, an absolute visual treat in sumptuous black and white. I might well give this one a watch myself.

5. Lemora: A Child’s Tale of the Supernatural

Well, here’s a strange one indeed. Made in 1973, Lemora is the tale of a prohibition era gangster’s daughter taken in by a mysterious woman, Lemora of the title, who is soon revealed to be a vampire. On its initial release, Lemora suffered with bad reviews and even a call for an outright ban from the Catholic League of Decency. It was finally released with a whopping thirty minutes cut from its running time and given a PG certificate.

From what I’ve seen of the trailer it looks utterly terrifying and surely deserves an 18 certificate. Which, according to its Amazon DVD listing, it has. Maybe that’s the uncut version. But the running time suggests it is the censored version.

Whatever, this one certainly looks to be worth searching out.