10 reasons why extracting your own toenails is preferable to writing a novel.

I know, you don’t believe me. You think I’m just saying this for dramatic effect, or a cheap laugh. Or maybe I couldn’t think of what to blog about this week and so I came up with the most ridiculous post title I could think of and now I have to write the damn thing. Yes, well, you might be right on all of those points, or you might be wrong.

But regardless of the cheap laugh or lack of ideas for blog posts, there is some truth in this statement. Because writing can be bloody painful work sometimes.

Having to spend prolonged periods sitting in a chair and hunched over a keyboard hurts physically.

Having to fill the blank page day after day hurts mentally.

And sometimes, just sometimes, it hurts emotionally too. Am I the only author who has sat in front of a computer and sobbed helplessly? I doubt it.

2  You can have an anaesthetic before having your toenails extracted.

Look, let’s just forget the bit about why you would have your toenails removed in the first place. Because if you’re going to ask that question, you might as well ask why anyone would write a novel. You know what? I’ll get to that later.

But when it comes to writing a novel, there is no anaesthetic available to numb the pain. Oh yes, many authors have succumbed to the bottle, and attempted to drown their misery in alcohol. But it never works. In fact, it’s counterproductive. The writing suffers, but the pain remains.

3  You can do without your toenails.

I mean, come one, what use are toenails anyway? At most I can only think that they serve a decorative purpose, and then only if you paint them and are prepared to display them to the world. Nope, toenails have no practical use whatsoever. None. Get rid of them, you won’t even notice they are gone.

I feel faint at the very thought of not being able to write anymore. I know, some people claim I can’t write currently. Ignore them, they don’t know what they are talking about.

You see, I just have to write. All that strange, eccentric, dark, ridiculous crap that swims around in my head 24/7, it’s got to come out somehow. And if I couldn’t write it out I’d probably wind up wandering the streets, shouting statements like, ‘Brazil nuts live in fear of the zeitgeist!’

And you wouldn’t want that.

Seriously, writing a novel takes a helluva long time. Susanna Clarke writes one book every ten years. Imagine spending ten years extracting your toenails. With or without anaesthetic. Even in the shed at the bottom of the garden, armed only with a pair of pliers, you could still get those toenails off within an hour or two.

Try writing a full length novel in an hour or two. To quote Michael Gove,

Seriously, it probably is. Who wouldn’t pay to watch someone pull out their toenails with nothing more than a pair of pliers and grim determination? Good old British grit, that’s what’s needed in situations like this. And the English like nothing better than seeing displays of British grit and determination. It reminds us of that time we beat Germany in the World Cup, and how we used to have this thing called a British Empire.

See point number 6. And, the internet was made for ridiculous stunts like extracting your own toenails. It’s a no-brainer.

8  The pain will take your mind off your existential crisis.

Can you imagine it? Sitting in the shed at the bottom of the garden on a chilly January morning, with nothing but a bottle of cheap vodka for company, armed with a pair of pliers and the knowledge that soon, oh so very soon, there will be blood everywhere and ten toenails scattered across the shed floor? You wouldn’t be worrying about climate change then, would you? Or the futility of life.

But writing a novel? Hell, us authors spend our lives examining the utter futility of our existence. This is what drives us to write. Take our existential crises away and we are left with nothing but the void to contemplate. And that void? It’s empty, man. It’s empty.

And isn’t that what all the self-help gurus are telling us these days? That it’s better to try and fail than to not try at all.

What a load of horse shit. I bet they haven’t tried writing a novel.

Look, I’m going to let you into a secret okay? I haven’t managed to write a single novel in my entire life, and I expect that I never will. The Joe Coffin books? The My Weekly romances? Hah! They are all my abandoned children. Mutated, half-formed constructions that bear no relation at all to the glorious work of genius that I originally imagined them to be. It’s true, not one book I have written has ever reached the heights of brilliance I pictured in my head when I first had the idea for the story.

But extracting your own toenails?

Yes, it does. I’ve just given you nine perfectly sensible and logical reasons as to why extracting your own toenails is preferable to writing a novel. Because, why on earth would anybody think that they should write a book?

You want money? Go get a job.

There you go, that’s my advice for writers done with for today.

You wanna be a writer?

Bring me your toenails in a jam jar, and then we’ll talk. 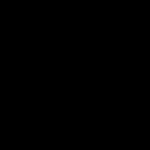 Someone I know took their own life recentlyLife 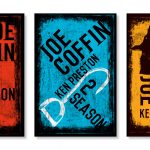