10 Best Horror Books I Have Read 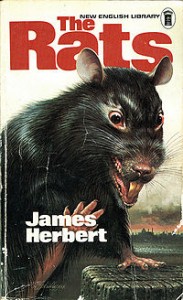 Quite possibly the first adult horror book I read. I can still remember standing in the shop, and seeing the paperback on display, alongside Night of the Crabs, by Guy N Smith.

Those titles! Those covers! They filled my young head with their voices, screaming BUY ME! BUY ME!

How could I resist?

I snatched them up, paid for them out of my pocket money, and rushed them back to the holiday let we were staying in at the time. I can’t actually remember which one I read first, (so Night of the Crabs might have been the first adult horror book I read) but I devoured them both. And I expect my eyes were as wide as saucers and my face was as white as a sheet.

And I loved them. They were everything those covers, those titles promised, and more. Blood, gore, horror, sex.

Yes, it turned out that although school had failed me in sex education, James Herbert and Guy N Smith stepped into the breach and told me all I needed to know.

You literary types can debate all you want about how good, or not, The Rats actually is, but if only for searing itself into the mind of this future writer, it deserves to be on this list. 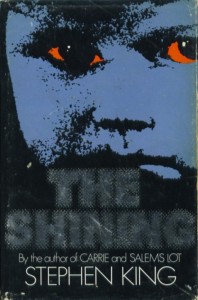 It took me years to get over the fear of looking in mirrors after reading The Shining. And bathtubs. Seriously, years. I was still way too young to be reading horror when I came across The Shining, but my parents didn’t seem that concerned. Boy this book freaked me out. Where James Herbert shocked and repulsed me, King managed to get under my skin and seriously creep me out.

I read it again years later and it still fascinated and creeped me out. 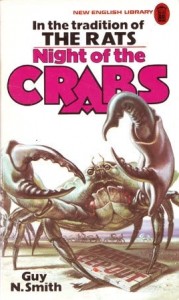 Guy N Smith is the only horror writer (so far at least) who has traumatised me so much with a passage of writing that I burst into tears. It’s night, the crabs are out, and they find a victim. And they proceed to dismember him, a limb at a time, until he’s nothing but a torso pumping blood, BUT OH MY GOD HE’S STILL ALIVE!

I was too young to be reading material like that, and maybe it didn’t help that we were on holiday by the coast at the time. I suppose it added an extra frisson to the story. My cousin was with me, in the bedroom we shared at the holiday house we were in, and he wanted to take me downstairs to my parents. But I said no, perhaps realising that if they found out how much the material I was reading was upsetting me, they would stop me reading it.

And I didn’t want that.

Because it seemed after all that I enjoyed being traumatised.

Let The Right One In – 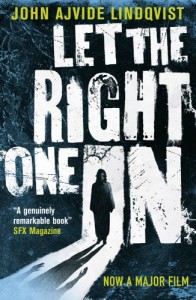 Maybe I didn’t burst into tears reading this one, but there are still some eyeball searing horrific moments within the pages of this book.

In particular I’m thinking of THAT scene in the basement with Eli and Hakan.

Go read the book for yourself and sear your own eyeballs. 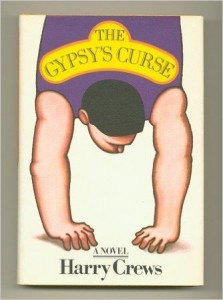 Marvin Molar is a deaf-mute with no legs. He lives in a gym with a former stuntman who once had a car driven over his head, and two punchdrunk boxers. When Marvin’s girlfriend, Hester, moves into the gym she brings complications with her, and you just know it is not going to end well. To be honest it’s been so long since I read this novel that I had to look up a couple of reviews to remind myself what it’s about.

And I’m still no clearer.

What I do remember though, is the ending. I remember where I was when I read it, and I remember the very physical reaction it caused.

I gasped. I had to put the book down. The blood drained from my face. It took me a few moments to compose myself before I could resume reading and finish the last few paragraphs.

Reading a Harry Crews book is like arguing with a drunk at 2:00 am in a trashed barroom where they serve nothing but whisky and you can get punched in the face for looking at someone the wrong way. Reading a Harry Crews book, somedays I want to leap up and tell everyone what a genius he was, and how you should be reading this, and it will change your life. And then other times I just want to throw the book across the room in frustration and never pick the damn thing up again.

Reading a Harry Crews book . . . well, it’s like nothing else I can think of.

I guess because Crews might have been writing about the human condition, but he was telling horror stories too. 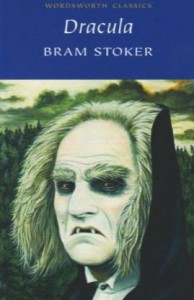 I first read Dracula when I was maybe twelve or thirteen. I bought the book through my school book club, and I think it was an abridged version. In many ways now I become impatient if I try and reread it. The story seems to lack structure, and the ending feels rushed. But still, the first section in Count Dracula’s castle, recounted in Jonathon Harker’s diary, remains creepy and unsettling. And Lucy Westenra’s nightly visits from Dracula in London, and the subsequent hunt for the woman known as the Bloofer Lady, have always stuck with me.

So much so I referenced the Bloofer Lady in my own vampire novel, Joe Coffin. 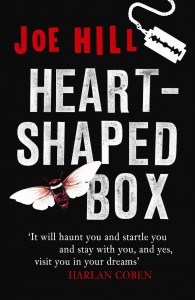 A lot of readers don’t like this one. Maybe it’s the Stephen King connection, that people assume Joe Hill got an in into the publishing world because he’s King’s son. Who knows, maybe he did. But Heart Shaped Box is still a creepily effective ghost story, with a lot more going on than the initially simple narrative would have us believe. I loved that initial premise of a faded rock star buying a ghost off an internet auction site.

And then it just gets creepier and darker. I actually enjoyed this more than Horns. 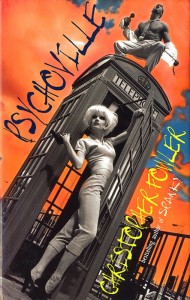 This was the first Christopher Fowler book I ever read. Reading it was like listening to the Sex Pistols at full volume. And then there’s a complete about face in the middle of the book, and it was even better than I first thought.

The second Christopher Fowler book I read was Nyctophobia, years after Psychoville.

Seems like he’s calmed down a lot since those early days. 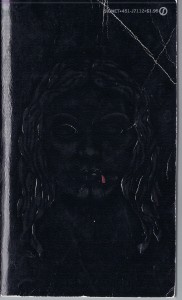 I read Salem’s Lot as a teenager and it absolutely terrified me. I read it for the second time some twenty-five years later, and it terrified me all over again.

Even the David Soul starring TV adaptation scared me. I’m starting to think this says more about me than it does about the book. 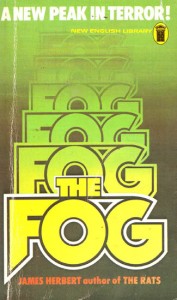 I had to include The Fog as this is when James Herbert threw off the restraint he had shown in writing The Rats, and really went to town in his descriptions of perverse horror and sexual description. Will I ever be able to forget the crazed headmaster willingly submitting to a *ahem* penisectomy from one of his pupils in the school gym? With a pair of garden shears?

So, my ten best horror books wot I ever read.

If you want to see how those books may have influenced my own writing, or you just want a damn good horror read featuring vampires and gangsters, well, you’re in luck.

It just so happens I am currently giving away the first in my series of books, Joe Coffin.

If you like vampires, if you like blood and gore and sex, and if you like gritty British thrillers, then I’m sure you will love Joe Coffin.

Just click on the link below to get your free book.